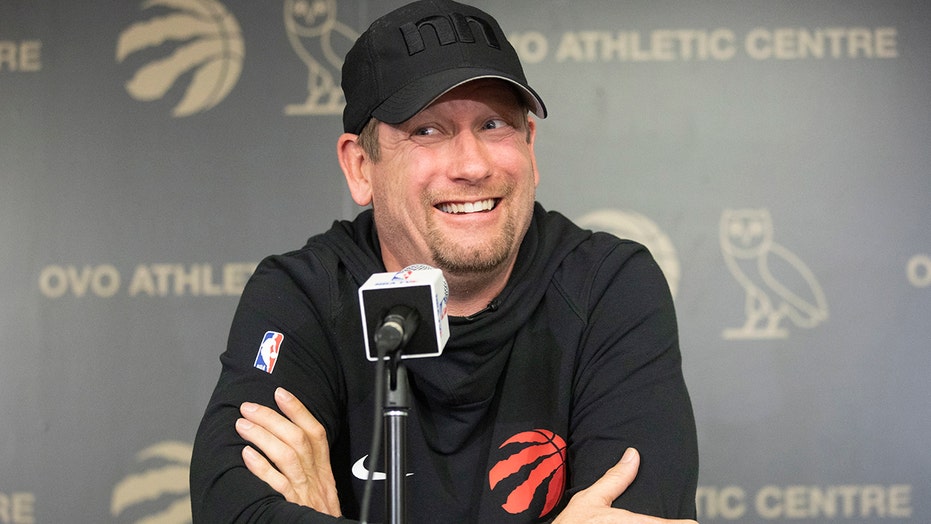 Toronto Raptors head coach Nick Nurse said Wednesday the team has been invited to Canada’s parliament after winning their first and the country’s first NBA championship.

President Trump has yet to congratulate the Raptors on winning the title, who defeated the Golden State Warriors last week in Game 6.

Nurse was asked during an appearance on the 590 The Fan’s Prime Time Sports if he would go to the White House if he was invited, according to City News.

Toronto Raptors head coach Nick Nurse addressed whether he would go to the White House if he was invited. (Chris Young/The Canadian Press via AP)

Nurse said he’s been in contact with Canadian officials about a visit but details have yet to be smoothed out.

The mayor of Ottawa – Canada’s capital – tweeted Friday that the Raptors should skip the White House visit and head directly to the city instead to visit the country’s parliament.

“Hey @Raptors  forget the White House for a victory lap. Come to Ottawa and parliament hill so Canada can congratulate you!  How about it @JustinTrudeau,” Mayor Jim Watson wrote.

The Toronto Blue Jays and the Montreal Canadiens were the last two teams from Canada to win a major professional sports championship – both in 1993, according to Sports Illustrated.

Neither team visited the White House that year, but the Blue Jays made the trip after their World Series win in 1992.