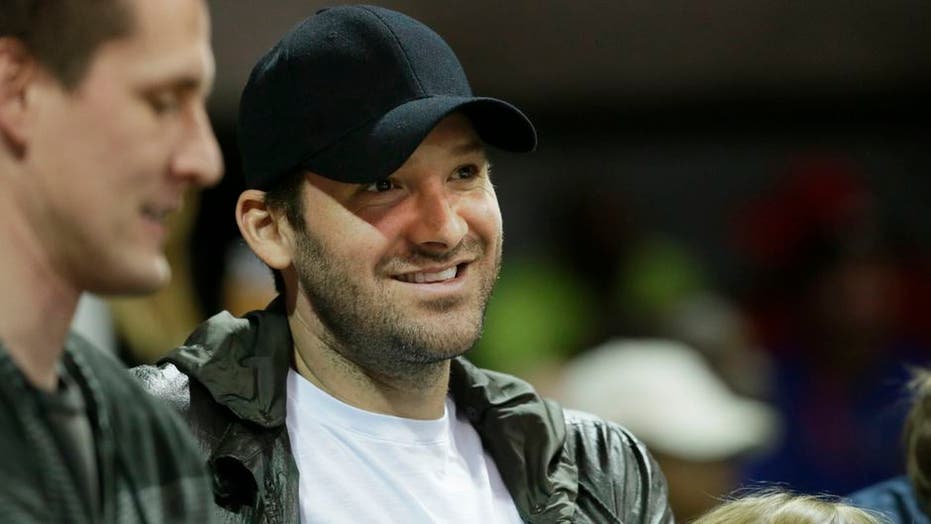 It will be difficult for Tony Romo to beat professional golfers at the AT&T Byron Nelson Classic this weekend, but he did get the crowd pumped up on the seventh hole when he chipped in for eagle.

Romo started Thursday with an opening-hole birdie and then chipped in for eagle from 66 feet on the par-5, 544-yard seventh hole.

The former Dallas Cowboys quarterback, who was playing in the tournament on a sponsor exemption as an amateur, finished the day with two double bogeys and four bogeys to shoot a 76.

“Couple of the tee shots really cost me just because they're penal in those areas. You can't miss them there,” Romo said after the first round. “Like I said, the separation between these guys is the ability to do it for long stretches, consistency.”

Denny McCarthy after the first round with a first-round 63. Tyler Duncan and Tom Hoge were in second, finishing with a 64.