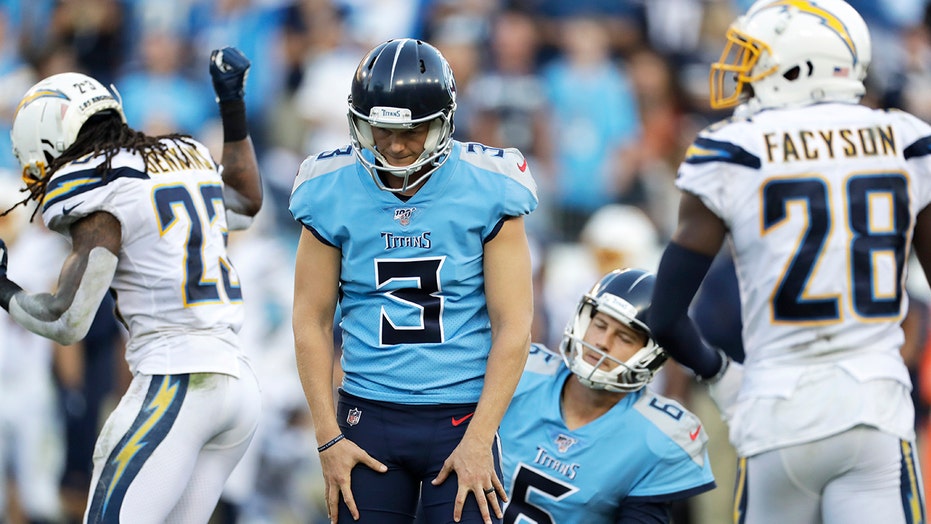 Infamous "double-doink" kicker Cody Parkey resurfaced with the Tennessee Titans on Sunday, months removed from his missed field goal in the playoffs that ultimately ended the Chicago Bears' season.

Parkey, who's had other notable misses in less pressurized situations, appeared to have put his kicking problems behind him when he hit a 45-yard field goal to give the Titans a 3-0 lead over the Los Angeles Chargers early in the first quarter. He also made an extra-point attempt after a touchdown pass from Ryan Tannehill to Corey Davis in the second quarter, extending Parkey's no-drama afternoon.

Then the fourth quarter came.

After Tannehill tossed another touchdown pass to Tajae Sharpe, Parkey missed the extra-point attempt by -- of course -- nailing the ball off the upright.

Hearing the doink off the post set social media on fire.

Parkey ended up brushing off the miss and completing another extra-point attempt later in the fourth quarter.