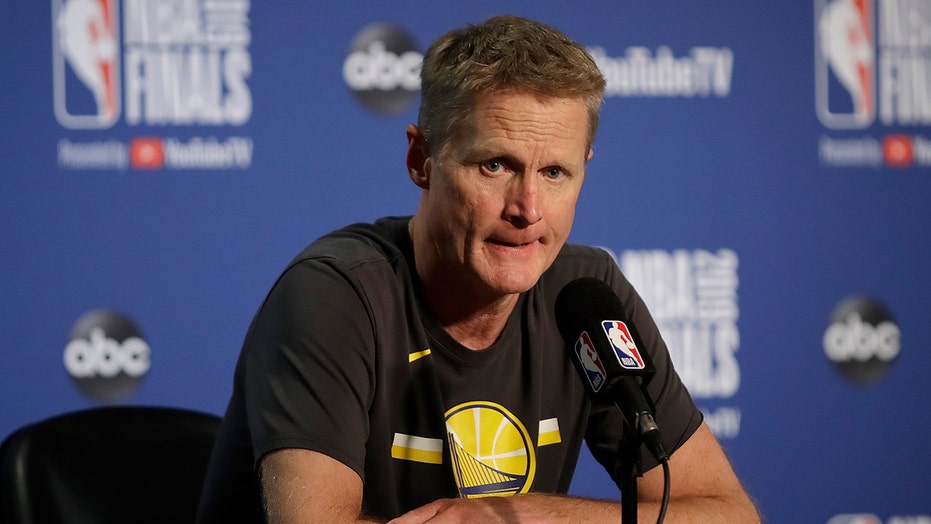 Kerr, an outspoken supporter of tighter gun-control measures and an ardent critic of President Trump and his administration, spoke to the San Jose Mercury-News about his frustration with the government and lawmakers.

“I think about it all the time. Somebody could walk in the door in the gym right now and start spraying us with an AR-15,” Kerr said. “They could. It might happen because we’re all vulnerable, whether we go to a concert, a church, the mall or go to the movie theatre or a school. It’s up to us as Americans to demand change from the gutless leadership that continues to allow this to happen and continues to somehow claim the Second Amendment is doing its job. The Second Amendment is about the right to defend yourself. The only thing that Second Amendment is doing is leading to mass murder right now. This is all just insanity.”

Kerr, who is part of the coaching staff for Team USA basketball, has given his thoughts about mass shootings and gun control numerous times in recent years. He told The Mercury News he still holds out hope that the mass shootings will stop at some point.

“It’s going to happen. The momentum is building,” he said. “People are more and more frustrated in our country. I think at this point, the vast majority of people in this country have had it. Now it’s a matter of taking action.”

Kerr said he believes that a “vast majority of gun owners” are “fed up” with the mass shootings that have left scores dead and wounded.

“You think the average gun owner wants some 22-year-old white supremacist to own an AR-15?” he asked. “Of course not.”

I think about it all the time. Somebody could walk in the door in the gym right now and start spraying us with an AR-15

Kerr added: “A lot of my friends have had guns. They’ve had them in gun lockers. It was kept safely away. They weren’t carrying around AR-15s. They had hunting rifles. This is not what it’s about. This is not about someone’s ability to own a gun. It’s about someone’s ability to have a military-style assault rifle with huge magazines. The cops got there in Dayton in one minute after the shooting started. In one minute, the shooter was killed from what I gather. But he killed nine people in one minute because of the gun and the weapon he had. We’re really going to say as Americans we should allow him to carry an AR-15? It’s ridiculous.”

Last month, the Warriors coach tweeted he believes the Republican Party had “sold its soul” to Trump and labeled the president a “racist” for his tweets about Reps. Ilhan Omar, D-Min, Alexandria Ocasio-Cortez, D-N.Y., Rashida Tlaib D-MI, and Ayanna Pressley, D-Mass.