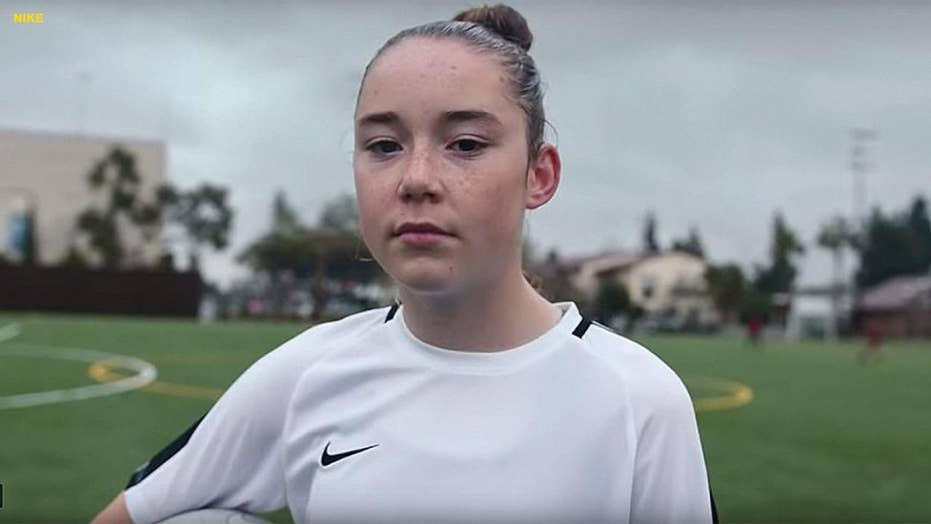 Olivia Moultrie, 13, already a soccer phenom, has signed a deal with Nike as she eyes a career in the pros.

When she was 11, the California native accepted a scholarship from the University of North Carolina to play college soccer -- but that plan has been ripped up.

Moultrie will “officially forgo her college athletic eligibility” as a pro and Nike athlete, The Times reported. The 13-year-old, who is homeschooled, was the youngest female soccer player to accept an academic scholarship.

The terms of the Nike deal were not immediately disclosed, but Moultrie's agent, Spencer Wadsworth, told The Times “it was worth more financially than a four-year scholarship at a top university.”

"For literally almost every kid in girls’ soccer, you should go to college; there’s not a million dollars at the end of the rainbow,” her father, K.C. Moultrie, told the New York Times, in a story published Monday. “I think if you’re truly, truly elite, if your goal is to be a world-class player and a pro and, in Olivia’s case, to be the best player in the world, there’s no way it’s better to play college than it is to play full time.”

It was not immediately clear what Moultrie’s next step will be. The Oregonian reported she will move from California to Portland to be a developmental player for the Thorns of National Women’s Soccer League -- but players in that league need to be at least 18 years old in order to compete.

Moultrie has already appeared in a few Nike ads, including one that aired during Sunday’s Academy Awards.