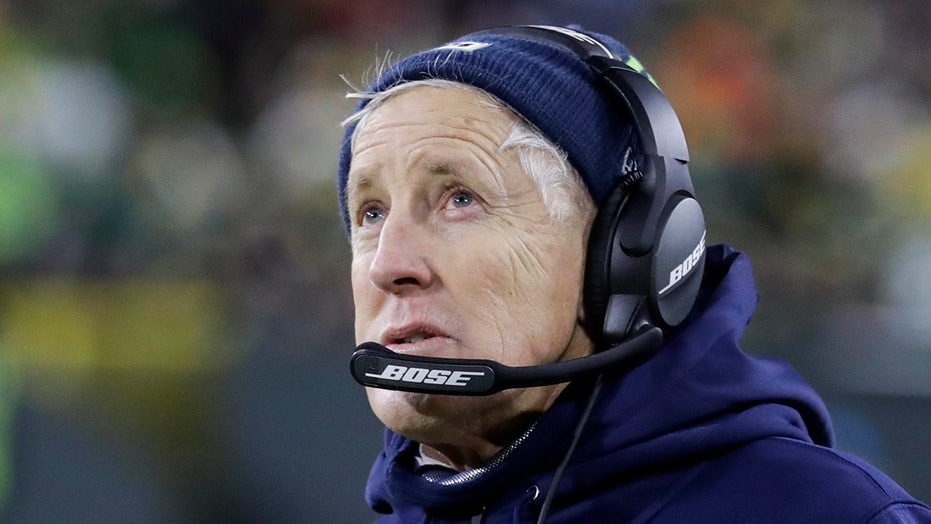 Seattle Seahawks coach Pete Carroll explained Sunday night why he decided to punt the ball back to the Green Bay Packers during their playoff game as he was getting crushed on social media for the decision.

Seattle punted the ball from their own 36-yard line with 2:41 remaining in the fourth quarter. The Seahawks had all three timeouts but were unable to stop Green Bay on two third downs. Carroll explained he didn’t like the chances that the team could’ve gotten the first down.

“We were thinking about going for it in that sequence but not at 4th-and-11,” Carroll said during the postgame press conference. “We thought our odds were so low. We had all the clock, we had the time, we had all the opportunities to stop them to get the ball back. So we didn't want to put it all on one play. If it were 4th-and-5 or 3 -- we went through the whole discussion, but it winds up being a sack, unfortunately.”

The Packers were 9-for-14 on third down during the game. If Green Bay had been stopped on the first third-down play during their final drive then the narrative may have been different.

Instead, Carroll was getting crushed on social media for his play-calling.

The Packers sealed the game thanks to a 9-yard pass from Aaron Rodgers to Jimmy Graham. The Packers move on to play the San Francisco 49ers in the NFC Championship game.