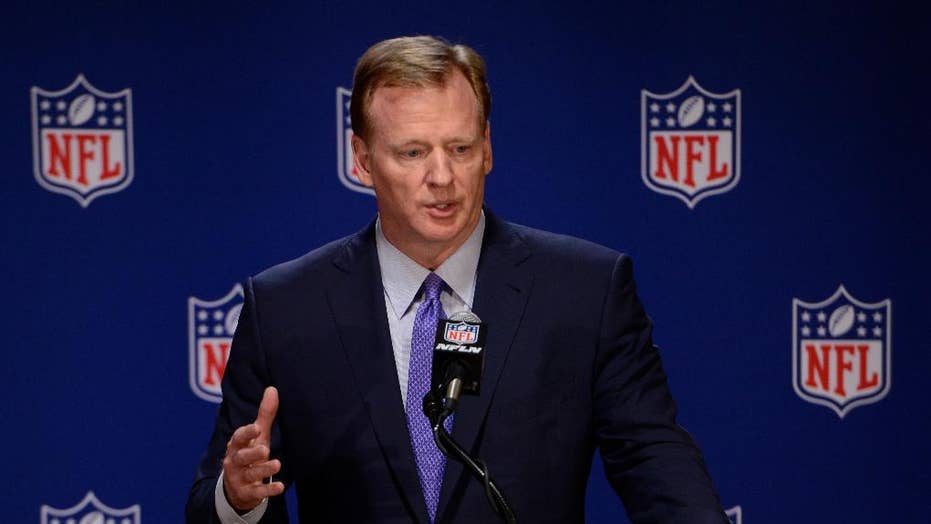 The NFL’s commissioner, Roger Goodell’s contract is up for renewal. Dallas Cowboys’ owner Jerry Jones is on the offensive and threatening to sue the league. Here’s why and where the feud stems from.

NFL Commissioner Roger Goodell reportedly has requested nearly $50 million per year in addition to the lifetime use of a private jet amid contract negotiations with the league.

Goodell, whose proposed contract with the NFL currently is undergoing an approval process, asked the league’s compensation committee in August to raise his salary from $30 million to $49.5 million per year, ESPN reported Sunday.

Goodell also reportedly asked to use a private jet for life, and also requested lifetime health insurance for his family.

The commissioner currently is embattled with Dallas Cowboys owner Jerry Jones, who has threatened to sue the NFL if negotiations regarding Goodell’s contract extension are finalized without approval from all NFL team owners.

An unnamed NFL owner told ESPN that there are “several owners in this league who don’t make $40 million a year.” The owner added: “That number for Roger just seems too much. It’s offensive. It’s unseemly.”

Goodell has made headlines in recent months for his handling of league players protesting during the national anthem ahead of NFL games.

He said last month that “we want our players to stand” during the anthem, but stopped short of imposing a rule for players to do so.

Thousands vow to boycott the NFL on Veterans Day weekend

One team owner, regarding the possibility Goodell possibly would leave his position, said “the problem” with the NFL is “no one is talking about games anymore.”

“It’s about concussions, Jones vs. Goodell, [Ezekiel Elliott’s suspension], the anthem. No one is talking about football. It’s just killing the game,” the owner told ESPN.

Another owner told the sports network that “Roger is defiant,” and they don’t believe he’ll “take a pay cut” or resign as commissioner of the NFL.