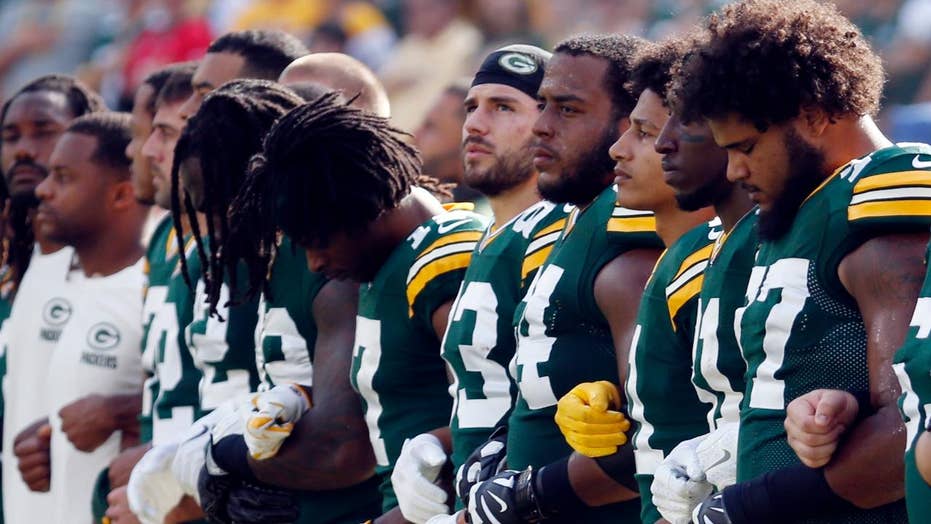 Todd Piro visits a bar in Green Bay during the Packers-Bears game.

“To those waiting on the #rodgerstickethunt, I gave my tickets this week to police officers from the Green Bay Area. Enjoy the game!” he tweeted.

Fox 6 Now reported that the MVP quarterback has been hiding tickets in secret places around the city for fans to find.

Rodgers told PackersNews.com Tuesday that his team was going to stand and link arms during the national anthem before the game against the Chicago Bears -- and he invited Packers fans to do likewise in the stands. The move came after President Donald Trump’s controversial comments on players kneeling in protest during the song.

About 200 players chose to protest after Trump's comments. A handful of others raised their fists.

The league has 1,696 players on active rosters.

On Thursday night, players, coaches and staff from the Packers and Bears were all linked arm-in-arm, and some with hands on their hearts, as country singer Tyler Farr sang the anthem. 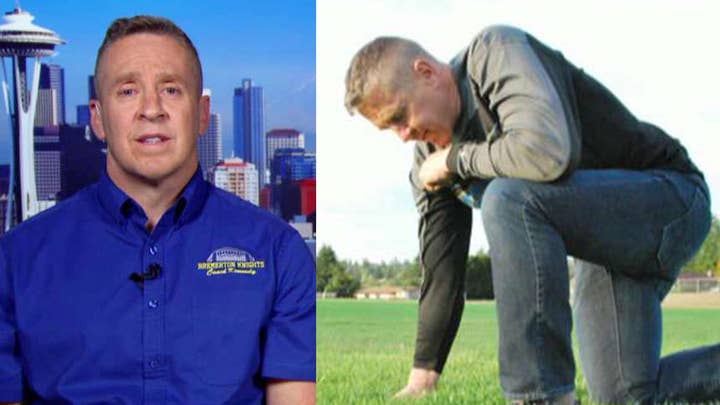 Cameras panning around Lambeau Field in Green Bay showed fans locking arms with one another as well. Some could be seen waving American flags while others were saluting the large flag stretched out over the field.

“This is about equality,” Rodgers, who played college football at UC Berkeley, told ESPN. “This is about unity and love and growing together as a society and starting a conversation around something that may be a little bit uncomfortable for people.”