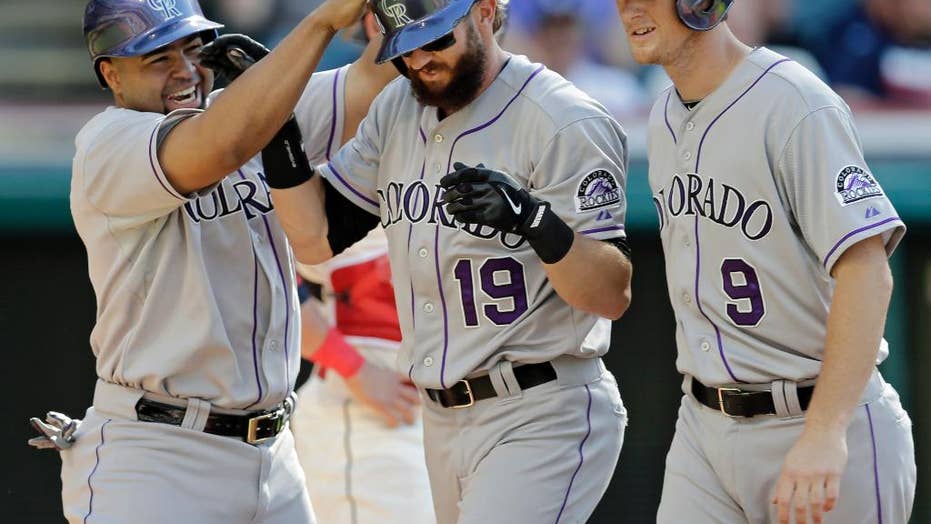 All-Star outfielder Charlie Blackmon of the Colorado Rockies has become the first Major League Baseball player known to have tested positive for the coronavirus.

A person familiar with Blackmon’s situation confirmed the test result to The Associated Press on condition of anonymity Wednesday because there was no official announcement.

Blackmon is a four-time All-Star slugger who hit .314 with 32 home runs and 86 RBIs last season. He turns 34 on July 1, the day players are set to begin reporting for the resumption of spring training.

Baseball Commissioner Rob Manfred imposed a 60-game season Tuesday night after failed financial negotiations between owners and players. The season that’s been delayed by the pandemic will begin either July 23 or 24.

Numerous teams have said they have players who have tested positive for the virus without identifying any of them. The Philadelphia Phillies have announced seven, while the Detroit Tigers said one player who was living in Florida but not working out at the team’s spring training facilities in Lakeland also tested positive.

Seattle Mariners general manager Jerry Dipoto said a few players have tested positive but declined to specify the number or whether they are part of Seattle’s 40-man roster. And several Toronto Blue Jays players and staff members have tested positive, according to a person who confirmed the test results to the AP on condition of anonymity because there was no official announcement but did not specify a number. The Blue Jays closed their training facility last week in Dunedin, Florida, after a player showed symptoms consistent with the virus.

Many players around the majors have been working in recent weeks at either their home ballparks or their team’s complexes in Florida or Arizona. MLB closed all spring campsites last Friday because of virus concerns.

Blackmon has been an All-Star the last three seasons. He is a career .304 hitter in nine years.