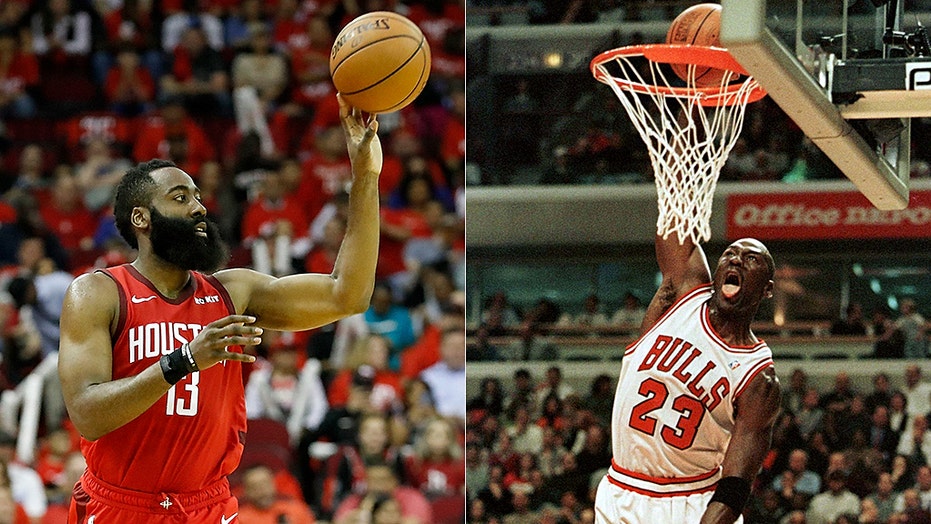 Houston Rockets general manager Daryl Morey may have ruffled some feathers when he compared the scoring ability of former MVP James Harden and Hall of Famer Michael Jordan.

Morey appeared in an interview on 100 Thieves’ “Selfmade” and argued that Harden is a better scorer than Jordan ever was.

“It's just factual that James Harden is a better scorer than Michael Jordan...You give James Harden the ball and before you're giving up the ball how many points do you generate, which is how you should measure offense, James Harden is by far #1 in NBA history,” Morey said, according to The Athletic.

Morey then expanded his point, offering a counterargument to his assertion.

“Now the counterargument is reasonable. They say if you put Michael Jordan on a team now, he would do more than James Harden. That's possible. But if you're just saying like NBA history ... if you give this guy a ball, how much does his team score after you give him the ball before the other team gets the ball, it's James Harden. And I know that makes people mad, but it's literally a fact.”

When comparing the two players, it’s clear that Jordan has the advantage statistically over Harden.

Jordan was a 10-time scoring champion who averaged more than 30 points per game eight times, including a run of seven straight times from 1986 to 1993, while Harden has only recently put together back-to-back 30-point-per-game averages.

Player efficiency rating is a “measure of per-minute production standardized such as the league average is 15,” according to Basketball-Reference. Offensive win shares is an “estimate number of wins contributed by a player due to his offense.”