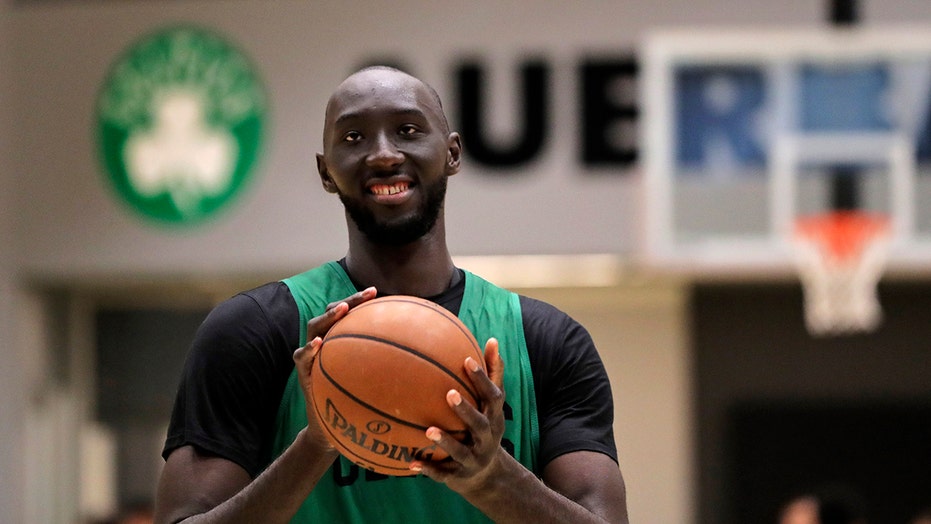 It was really only a matter of time.

Boston Celtics rookie Tacko Fall, who is still vying for an official roster spot, appeared to be a fan favorite at a meet and greet event in Massachusetts on Tuesday.

CELTICS SIGN 7-FOOT-7 ROOKIE, WHO WOULD BE TIED FOR TALLEST EVER TO PLAY

The 7-foot-7-inch center from Central Florida was asked to sign several taco-related items at the event, according to the Boston Globe. The items included a box of taco shells, a taco hat, a tray from Taco Bell and even a picture of a taco.

Fall, 23, is not an official member of the Celtics just yet. The team signed him as an undrafted free agent and made his presence felt during the team’s Summer League games in Las Vegas.

He spoke to the Basketball Hall of Fame’s “60 Days of Summer” on Monday about the team’s young roster.

“You can tell it’s such a positive vibe around it and everyone is working hard,” he said. “The ones who are here, the ones who are with Team USA, us — we started in summer league — I’m just looking forward to what’s to come.”