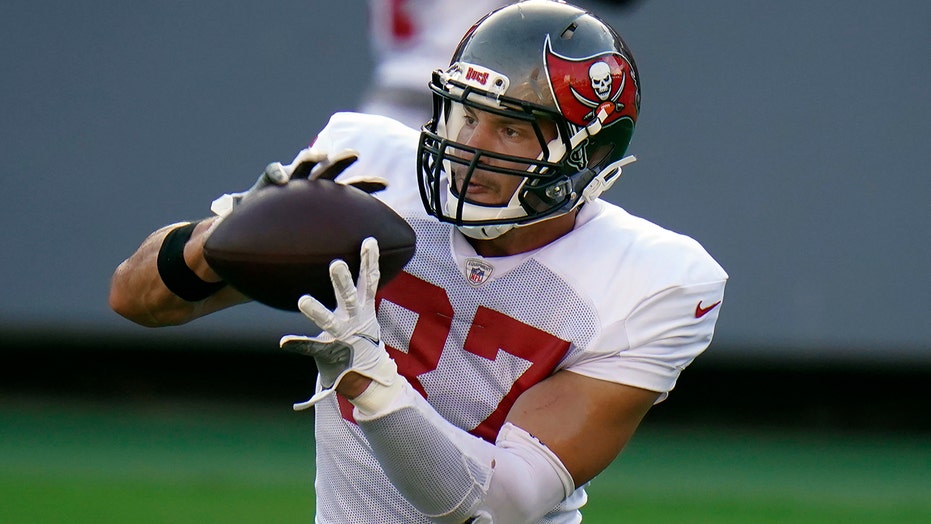 The Tampa Bay Buccaneers acquired former All-Pro tight end Rob Gronkowski from the New England Patriots early in the offseason to pair him with quarterback Tom Brady, hoping that the duo could duplicate their success from their days with the Patriots.

Gronkowski, however, was disappointing in his first game with his new team.

In their Week 1 matchup against the New Orleans Saints, Gronkowski was targeted three times, and he came down with two only receptions for 11 yards in the 34-23 loss to New Orleans.

Social media started to jab Gronkowski during the game.

Brady threw two interceptions, one of which was returned for a touchdown by Saints cornerback Janoris Jenkins, was sacked three times, and threw for 239 passing yards with a 78.3 passer rating. Brady also threw two touchdown passes; one went to tight end O.J. Howard, and the second was caught by wide receiver Mike Evans.

Despite the losing effort, Brady and the Bucs actually got off to a fantastic start in the ball game.

The Buccaneers, who began their first drive of the game at their own 15-yard yard line, put together a nine-play, 85-yard drive in about 5 minutes, and it was capped when Brady plunged into the end zone from 2 yards out on his methodical, almost always successful quarterback keeper.

On that drive, Brady connected with wide receive Chris Godwin for a 29-yard pass play, and running back Ronald Jones had 12 rushing yards on five carries.

The Buccaneers were also aided on a 3rd-and-2 play from the Saints’ 38-yard line when Brady threw a beautiful touch-pass to Evans, but Saints defensive back Marshon Lattimore committed defensive pass interference.

Saints quarterback Drew Brees wasn’t at his best, but he was very efficient. He passed for 160 yards and two touchdowns, but he did not turn the ball over and took only one sack. His first touchdown pass came when he dumped it to Alvin Kamara from 12 yards out. And in the fourth quarter, he hit offseason acquisition Emmanuel Sanders for a 5-yard score.

Brady and the Buccaneers will look to rebound against the Carolina Panthers in Week 2. The Saints will travel to Las Vegas to take on the Raiders.