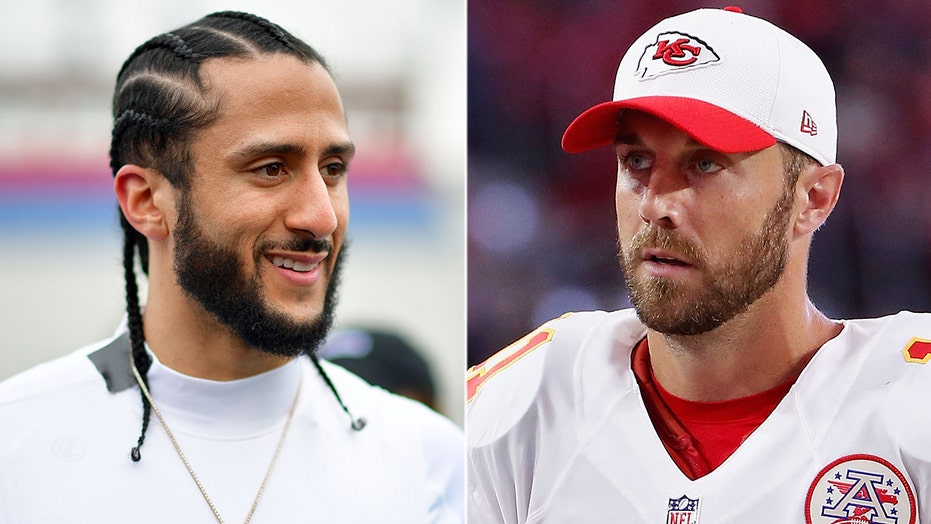 Alex Smith was drafted No. 1 overall by the San Francisco 49ers in 2005 and played seven seasons with the team before eventually being replaced with Colin Kaepernick.

After several solid seasons with the 49ers, he was traded to the Kansas City Chiefs.

NFL WILL RELEASE SCHEDULE NEXT WEEK, SEASON EXPECTED TO START AS PLANNED DESPITE CORONAVIRUS, REPORT SAYS

During an interview Friday, he was promoting his ESPN documentary about his return to football after suffering a gruesome leg injury with the Washington Redskins and told ESPN Radio’s “The Dan LeBatard Show with Stugotz” that he thought it was strange Kaepernick doesn’t have an NFL job.

“It was hard to kind of see that trajectory because he was playing so good and doing things nobody had done,” Smith said. “I think he still holds the single-game rushing record for a quarterback. It was crazy."

He continued: “So with that said, it was so absurd — I think equally — that it was only a few years later when you’re like, ‘This guy doesn’t have a job.’ That was hard to imagine. It still is, a guy with his ability and his trajectory that all of a sudden wasn’t playing.”

Kaepernick hasn’t played in an NFL game since the 2016 season – the same year he began protesting social injustice by kneeling during the national anthem.

He filed a grievance against the NFL, accusing owners of colluding against him to keep him out of the league. He and the NFL later agreed to a settlement. He then received a hasty workout in the middle of the 2019 season set up by the NFL only to have the quarterback move locations last minute over an issue with a waiver.

Kaepernick worked out for a handful of teams and even was described to have an NFL-ready arm. He still couldn’t latch onto a team and remains a free agent.