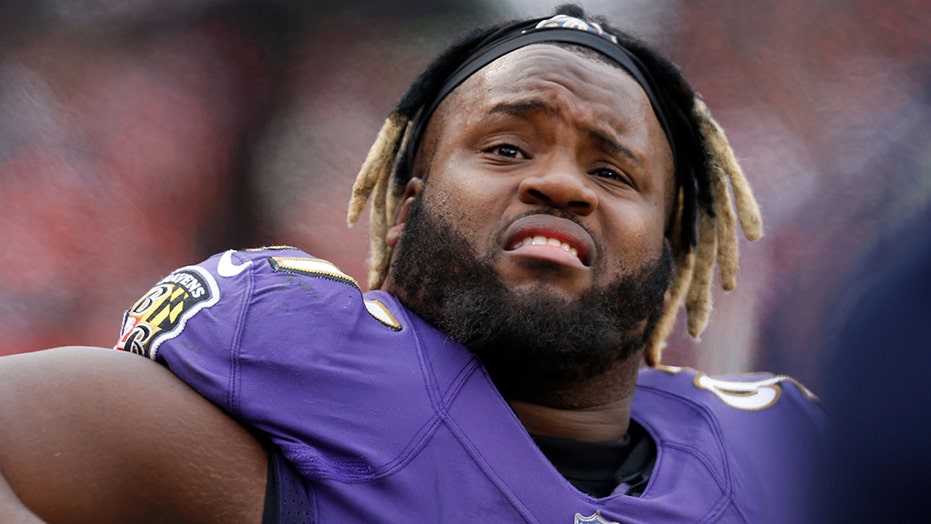 Baltimore Ravens defensive lineman Michael Pierce revealed how he ended up in bad shape which resulted in him being booted from the team’s first practice last week.

Pierce, who skipped the team’s offseason conditioning program and voluntary practices in hopes to get a new, long-term deal, said his new workout routine was to blame for his current state.

“Throughout the offseason, I tend to lift more than run,” he told WNSP-FM on Friday. “Being a nose guard, I want to be strong or whatnot. I, honestly, just mismanaged my running a little bit.”

Pierce owned up to his mistake and said he has to correct it.

The defensive tackle, who ended up signing his one-year contract tender, was listed at 340 pounds during the 2018 season but appeared to be much heavier in camp.

Following the stretching portion of the minicamp, coach John Harbaugh pulled Pierce aside and shortly after he left the field.

"He's not ready for this practice yet," Harbaugh told ESPN. "I think you could probably tell."

CALF INJURY CONTINUES TO KEEP LUCK OUT OF COLTS’ WORKOUTS

Harbaugh added that the decision to bench Pierce comes “from a safety standpoint” and out of concern “for his own health.”

Pierce is entering his fourth season with the Ravens. He played in 14 games last season and recorded 32 total tackles. He has three career sacks.