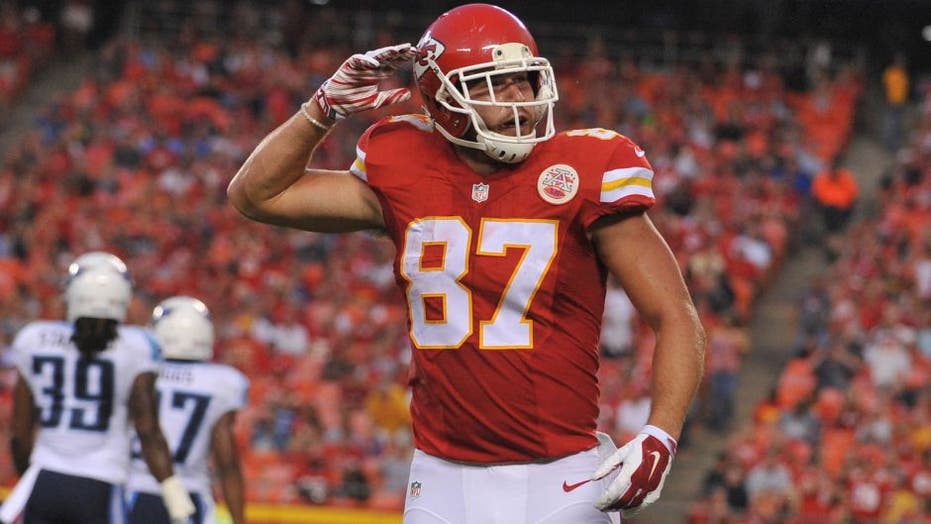 Kansas City Chiefs star Travis Kelce described his thoughts Saturday about his team cutting Kareem Hunt after a video showed the running back punching and kicking a woman at a hotel in February 2018.

Hunt was released soon after the video surfaced the following November. The Cleveland Browns signed Hunt in February.

“He’s an unbelievable player. It ripped our hearts out when he got released from Kansas City, but to see him get another chance, I would hope and I would think he’s going to make the absolute most of it,” Kelce told the Cleveland Plain-Dealer.

Kelce made the remarks at a celebrity softball game hosted by Browns wide receiver Jarvis Landry. He maintained that Hunt was a “good teammate” during his two seasons with the Chiefs.

“The biggest thing was as much as you try to stay away from the actual situation that happened, Kareem has been nothing but a good friend and a good teammate. He’s been in the community trying to make a difference in other people’s lives. That’s what’s real. Everyone has things that go wrong in their lives. It’s how you come out of those situations that determine your true character. I think I’ll just leave it as that. What we said is true. Kareem, I hope he makes the best of his situation,” the tight end said.

Hunt rushed for 824 yards and scored seven touchdowns in 11 games.

He is suspended for the first eight games of the season over the hotel incident.