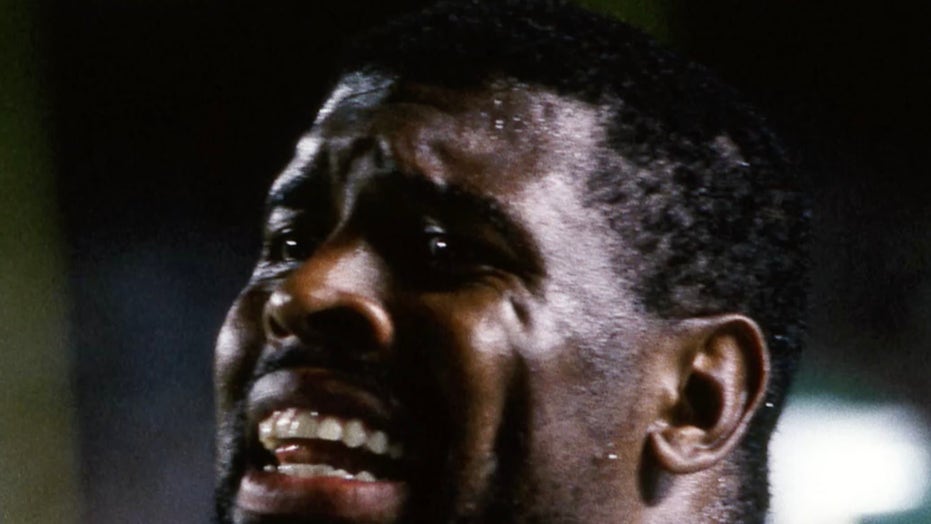 A look at four of the top players of the Philadelphia Eagles.

The Philadelphia Eagles were founded in 1933 when a group led by Bert Bell, the former NFL commissioner, secured the rights to an NFL franchise in Philadelphia.

When you're an all-time great franchise with an established legacy, it's hard to narrow it down to the four best players in team history.

So, when it comes down to the best of the best, which players can line up on the Mount Rushmore of Eagles? Read below for a list of the four greatest players the franchise has ever seen.

Eagles running back Steve Van Buren is one of the best players in franchise history. (AP Photo)

Steve Van Buren, a two-time NFL champion with the Eagles, was one of the best running backs in franchise history. Van Buren was recognized as a seven-time All-Pro, which included six first-team selections. He played with the Eagles from 1944 to 1951.

Van Buren led the NFL in rushing yards and rushing touchdowns four times each. He was also a part of the 1940s All-Decade Team, as well as the 75th and 100th Anniversary All-Time Teams.

Defensive end Reggie White is one of the greatest pass rushers the league has ever seen. (Photo by George Gojkovich/Getty Images)

Reggie White was not only one of the best defensive ends in franchise history, he may be the best player at the position in league history. Taken with the No. 4 overall pick in the 1984 Supplemental Draft, White was a two-time NFL Defensive Player of the Year, 13-time Pro Bowler, and 13-time All-Pro selection, which included eight first-team nods.

White, who led the NFL in sacks twice, finished with 198.0 career sacks, which is second all-time behind Bruce Smith's 200 sacks for his career. During his eight years with the Eagles, he had 124 sacks in 121 games. He was a first-team selection for the '80s and '90s All-Decade Teams, as well as the NFL's 75th and 100th Anniversary All-Time Teams.

Both the Eagles and Green Bay Packers retired White's No. 92 jersey. He was inducted into the Pro Football Hall of Fame in 2006, his first year of eligibility.

Chuck Bednarik is one of the best players in franchise history. (Photo by Robert Riger/Getty Images)

Chuck Bednarik, who played his entire career with the Eagles from 1949 to 1962, was the league's last "60-minute man" or two-way player. A two-time NFL champion in 1949 and 1960, Bednarik was a 10-time first-team All-Pro selection and eight-time Pro Bowler as a center and linebacker. He played 169 games with the Eagles, and he missed only three games in 14 years.

Bednarik finished his career with 20 interceptions and was named the NFL's all-time greatest center in 1969. He was a part of the '50s All-Decade Team, as well as the NFL's 50th, 75th, and 100th Anniversary All-Time Teams.

Bednarik was inducted into the Pro Football Hall of Fame in 1967, as well as the Eagles' Hall of Fame. His No. 60 jersey was retired by the Eagles.

Brian Dawkins was one of the best strong safeties in the NFL. (Photo by Drew Hallowell/Philadelphia Eagles/Getty Images)

Brian Dawkins, who played 16 seasons in the NFL, was drafted by the Eagles in the second round in the 1996 NFL Draft. Regarded as one of the greatest safeties in league history, Dawkins was a nine-time Pro Bowler, and five-time All-Pro selection.

Dawkins finished with 1,131 tackles, 37 interceptions, 26 sacks, 120 pass deflections, 36 forced fumbles and 19 fumble recoveries in 224 career games. He is one of just six players in NFL history with 25 sacks and 25 interceptions in his career, and he's the only player in league history to record a sack, interception, fumble recovery and touchdown catch in the same game against the Houston Texans in 2002.

Dawkins was inducted into the Pro Football Hall of Fame in 2018, and he was a member of the 2000s All-Decade Team, as well as the Eagles' Hall of Fame. His No. 20 jersey is retired by the franchise.