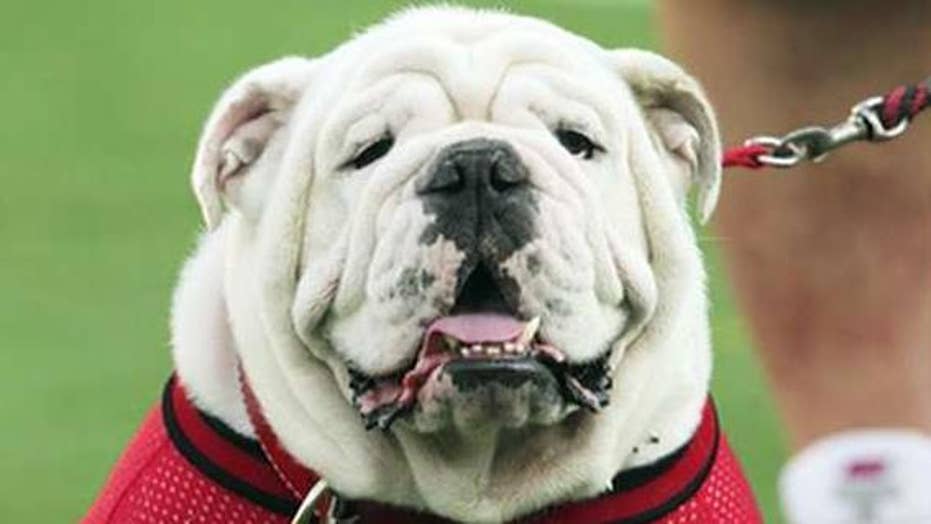 PETA is calling on the University of Georgia to retire Uga the bulldog 'immediately.'

People for Ethical Treatment of Animals (PETA) this week urged the University of Georgia to retire its live football mascot Uga, which has been a staple of the school for several years.

PETA tweeted a video showing Uga X, an English bulldog that has been the school's mascot since 2015, sitting in his dog house to avoid the rain in a game between Georgia and Texas A&M on Saturday. The organization said Uga looked miserable and did not want to be forced into a “stressful situation” at Sanford Stadium.

“HE LOOKS MISERABLE. No dog deserves to be packed up, carted from state to state, and paraded in front of a stadium of screaming fans,” PETA tweeted Monday, adding a demand that the school retires the dog as its mascot.

On Tuesday, PETA doubled down on its call for the school to retire Uga.

“Dogs are sensitive. @UGAAthletics forces Uga into stressful situations at chaotic football games. He was almost TRAMPLED at a game earlier this year,” another tweet read.

“Being exploited as a mascot is not in his best interest. He should be at home. Anyone who cares about him can see that.”

Georgia alumni and fans quickly pounced on PETA over the group’s demands.

Uga’s on-field home is an air-conditioned doghouse that is next to the cheerleaders’ platform. PETA came after Georgia earlier this year when Uga was nearly trampled by the University of Texas steer mascot prior to the two schools’ Sugar Bowl matchup.