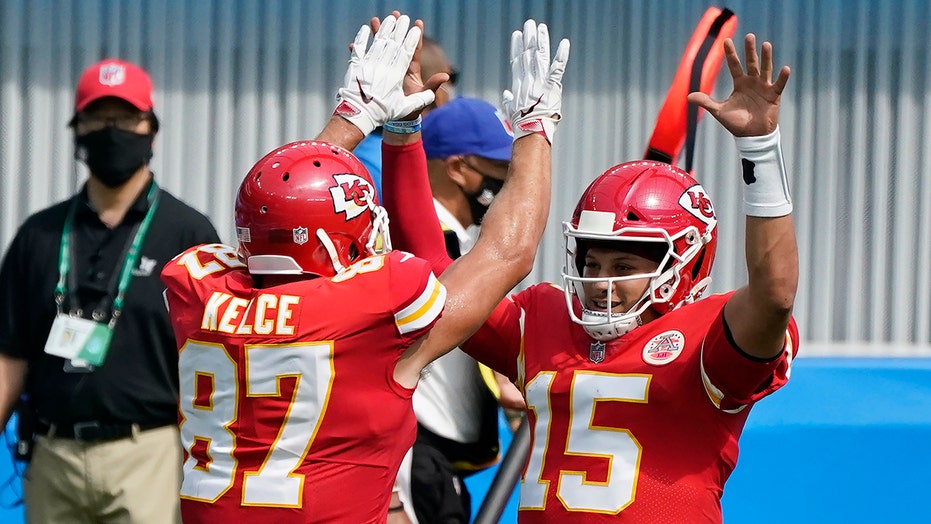 Patrick Mahomes remained undefeated in September as the Kansas City Chiefs narrowly defeated the Los Angeles Chargers, 23-20, thanks to a game-winning Harrison Butker kick in overtime.

Mahomes’ tear through the first month of the season continued. He was 27-for-47 with 302 passing yards and two touchdown passes. He also ran for 54 yards. He had a 10-yard touchdown pass to Travis Kelce and threw a 54-yard bomb to Tyreek Hill in the fourth quarter to tie the game up.

This is usual for Mahomes.

Since he entered the league during the 2017 season, he has yet to lose in September.

Mahomes is 9-0 with 2,919 passing yards and 28 touchdown passes in the month of September throughout his entire career. He has not thrown an interception and has been sacked only nine times. He’s only lost one fumble as well.

His incredible stat line only shows how great he has done with the Chiefs since becoming the full-time starter in 2018. It shows why the Chiefs have been one of the best teams in the NFL for the last three seasons.

Mahomes has one more game in September this year – next week against the Baltimore Ravens. It will be a matchup of what could have been last season’s AFC Championship and what could be a preview for this season’s conference title game. He’s beaten the Ravens twice already in his career.