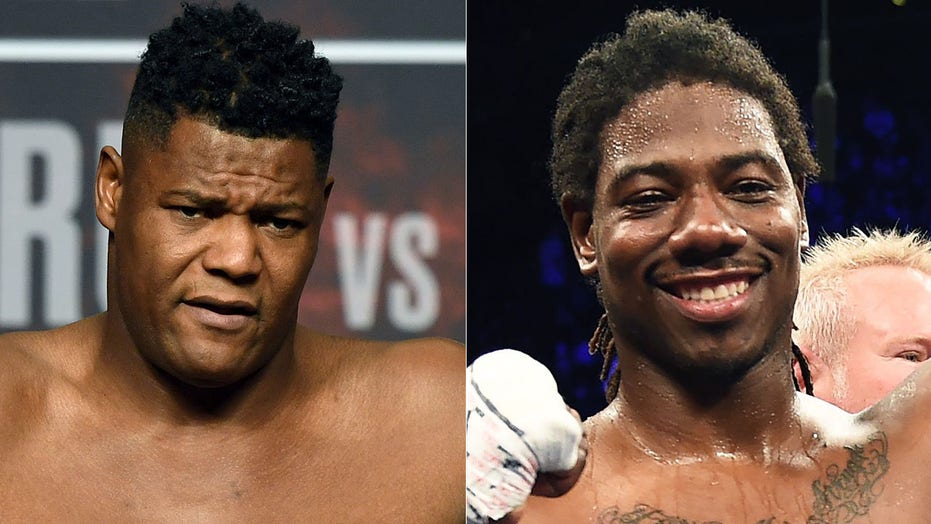 Luis Ortiz and Charles Martin will battle it out in a heavyweight contest on New Year’s Day as both fighters look to move up the rankings in hopes of a title shot.

Both fighters will hope to score important wins in hopes of lining up that next big bout that could put either of them in title contention.

Ortiz, the 42-year-old Cuba native, is a former interim WBA heavyweight champion and challenged twice for the WBC. He won a silver medal in the 2005 World Cup representing Cuba.

Martin, 35, is a former IBF heavyweight champion but has the record for the second-shortest stint as heavyweight champion. He held the title for 85 days between January and April 2016. A win over Ortiz would definitely boost his standing in some of the other rankings.

Charles Martin celebrates after winning against Vyacheslav Glazkov of the Ukraine in their IBF World Heavyweight Championship bout at Barclay's Center in New York's borough of Brooklyn on Jan. 16, 2016. (DON EMMERT STF/AFP via Getty Images)

Here’s what else you need to know about the bout.

When is the Ortiz-Martin fight?

Luis Ortiz and Charles Martin will fight on Saturday, Jan. 1, 2022. The bout will take place at the Seminole Hard Rock and Hotel Casino in Hollywood, Florida. The card begins at 8 p.m. ET.

Where can you watch Ortiz-Martin?

The Ortiz-Martin fight can be streamed on pay-per-view via Fox Sports. The fight can be purchased for $39.99.

What is Luis Ortiz’s boxing record?

Luis Ortiz of Cuba in action against David Allen during a Heavyweight contest at Manchester Arena on Dec. 10, 2016, in Manchester, England.  (Richard Heathcote/Getty Images)

What is Charles Martin’s boxing record?

Charles Martin (gold/black) throws a right hand against Vyacheslav Glazkov at the Barclays Center in the Brooklyn borough of New York City on Jan. 16, 2016. Martin would win in the third round when Glazkov was unable to continue. (Edward Diller/Getty Images)

Charles Martin is 28-2-1 in his career with 25 knockouts. In his last fight, he defeated Gerald Washington via technical knockout. His last loss came to Adam Kowanacki via unanimous decision in September 2018.

Who else is on the card?

Where can I find more Premier Boxing Champions and future fights?

Premier Boxing Championship fights are on Fox Sports. All information on upcoming bouts can be found here

How can I watch PBC bouts?