Beckham was wearing “Joker”-inspired cleats, and Landry had on gold cleats, in a game their team eventually lost, 24-19, in Denver.

Landry (six catches for 51 yards) and Beckham (five catches for 87 yards) were forced to change their colorful footwear at halftime to conform to the league’s dress code.

Beckham has seen dress violations this whole season with the Browns (2-6), his new team.

Beckham memorably was reprimanded for wearing a nearly $200,000 watch during the Browns' opener against the Tennessee Titans. He said the only reason it was an issue was because he was wearing it.

The following week, league officials sent him off the field during an away game against the New York Jets because they said his helmet visor was too dark. 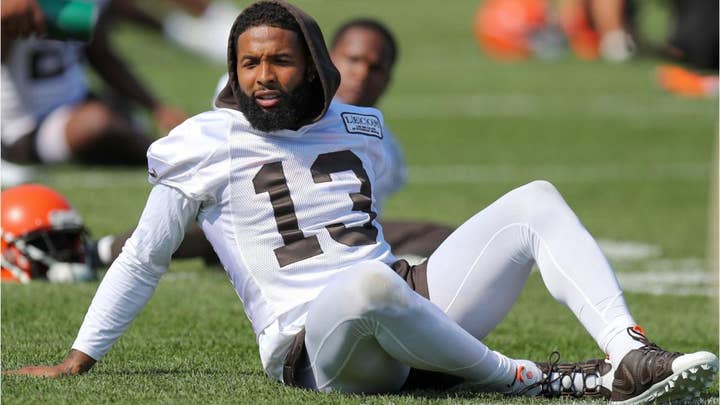 Also, Beckham was showing a little too much skin during an Oct. 13 game against the Seattle Seahawks.

In a letter from the league that he later posted to his Instagram, Beckham revealed he was fined more than $14,000 after officials found him to be in “violation of the NFL Uniform and Equipment Rules.”

“Specifically, your pants failed to cover the knee area,” the letter went on to say.