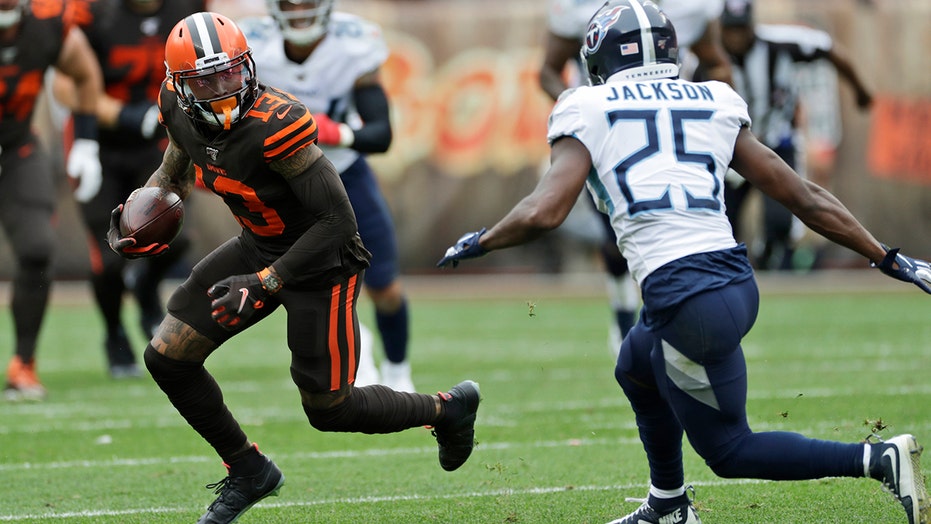 The NFL notified Odell Beckham Jr. he is prohibited from wearing a watch while playing in games -- but it does not appear the league's warning is resonating with the Cleveland Browns newcomer.

Beckham said Tuesday he plans on wearing the flashy timepiece again and said he believes if it was any other player -- or if the item would have been $20 instead of costing a six-figure fortune -- it would not have been an issue, according to the Cleveland Plain-Dealer.

Beckham broke a league rule that prohibits players from wearing hard objects, according to NFL Network. The wide receiver was seen wearing the uber-expensive, custom Richard Mille wristwatch as he caught seven passes for 71 yards in the Browns' 43-13 loss to the Tennessee Titans.

Odell Beckham's watch was the talk of the game. (AP Photo/Ron Schwane)

Beckham later tweeted about the ordeal Monday, saying “If ain’t one thing.... it’s another.”

“As long as they’re going to enforce that with everyone, I’m fine with it,” Kitchens said, according to MLive.com. “Let’s just make sure it gets enforced with everybody.”

All eyes will be on Beckham’s wrist Monday night when the Browns take on the New York Jets.