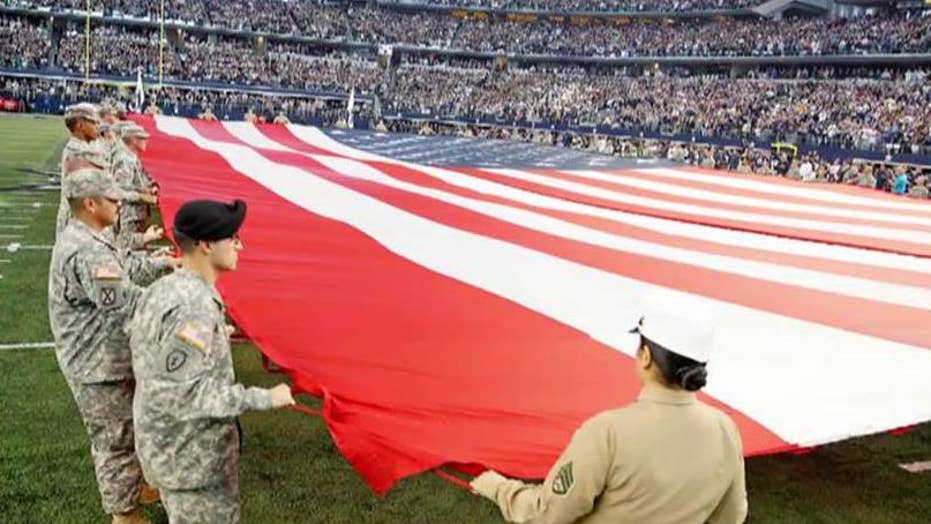 NFL Commissioner Roger Goodell said Thursday that the league will return more than $723,000 of taxpayers' money to the government -- money that had been paid to NFL teams for sponsored military tributes over the past four seasons.

Goodell informed Senators Jeff Flake and John McCain of the decision in a letter on Wednesday. Flake and McCain revealed in 2015 that the U.S. Department of Defense spent $5.4 million in contracts with 14 NFL teams between 2011 and 2014. That disclosure drew plenty of criticism and raised even more questions about how much of that money was used for on-field tributes rather than recruiting.

“In response to indications that some payments intended for recruitment advertising and marketing were used for activities honoring troops, I directed that an audit be conducted on all contracts between NFL clubs and the military. ... The audit involved not only reviewing the contracts mentioned in your reports, but many others as well, totaling 100 agreements in all, covering  four NFL seasons, 2012-15. In assessing whether a payment could be construed as being made for honoring our troops, rather than for recruitment activities, the auditors erred on the side of inclusion rather than exclusion of any payment that might fall into this category. On this basis, the audit identified $723,734 over those four seasons that may have been mistakenly applied to appreciation activities rather than recruitment efforts. This amount will be promptly returned in full to the taxpayers.”

In closing, Goodell noted the NFL will take steps to such mistakes in the future:

“In order to ensure that military appreciation activities remain separate from military recruitment efforts in the future, the NFL will include an assessment of marketing contracts in our regular internal audit reviews going forward, with a specific focus on compliance with current Defense Department guidance.”