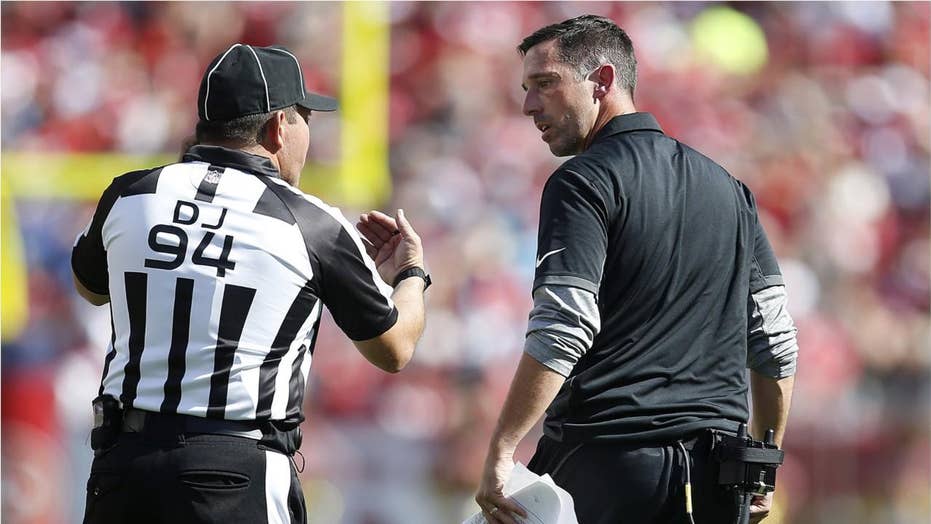 Official Hugo Cruz missed a false start call in the Chargers-Browns game. Los Angeles was able to get a touchdown off the botched officiating.

The NFL fired down judge Hugo Cruz on Thursday, marking the league’s first in-season dismissal for poor officiating during the Super Bowl era, a report said.

Two sources familiar with the firing spoke to the Associated Press on condition of anonymity because the NFL has yet to officially announce the move.

Cruz, a part of referee Carl Cheffers' crew, missed a high-profile call in the Chargers-Browns game that led to a Los Angeles touchdown on Oct. 14. Chargers tackle Russell Okung made a glaring false start on the play and nothing was called. Cruz did not work the following week.

In his fourth season as an NFL official after first joining in 2015, Cruz was supposedly fired for his overall performance, not just one specific play. There wasn’t any indication Cruz committed an off-field offense or was facing disciplinary action, ESPN reported.

The NFL Referees Association said it would challenge the firing.

"The NFL has a troubling history of knee-jerk reactions with an eye on public relations, and clearly it has not learned from past mistakes," NFLRA Executive Director Scott Green, a former referee, said in a statement. "The NFLRA will protect the collectively bargained rights of all officials and will challenge this reckless decision through the grievance process."

Cruz's firing was first reported by FootballZebras.com, a website dedicated to officiating which said it's the first in-season firing by the league of an official because of performance in the Super Bowl era.

The NFL has 121 officials and 17 officiating crews. Not all officials work each week, so the surplus number could see Cruz’s spot on the crew easily filled.