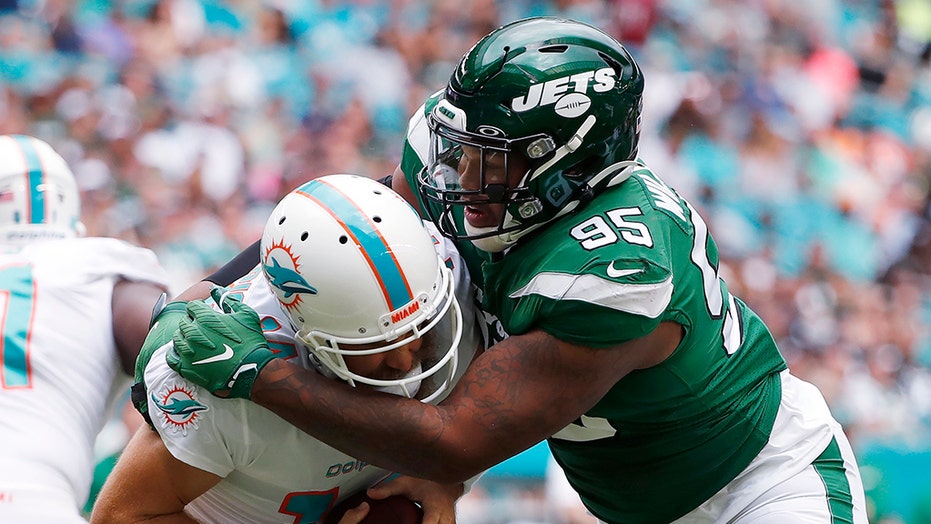 The Jets have eight picks going into the draft. The Jets acquired two of those picks from other teams -- the New York Giants and the Kansas City Chiefs.

Last year, the Jets chose defensive lineman Quinnen Williams in the first round. Williams had 15 tackles and 2 and 1/2 sacks in 13 games.

Here are the Jets’ draft picks.

First Round, No. 11 overall

Second Round, No. 48 overall

Third Round, No. 79 overall

Here are some of the Jets’ key free-agent acquisitions and departures.