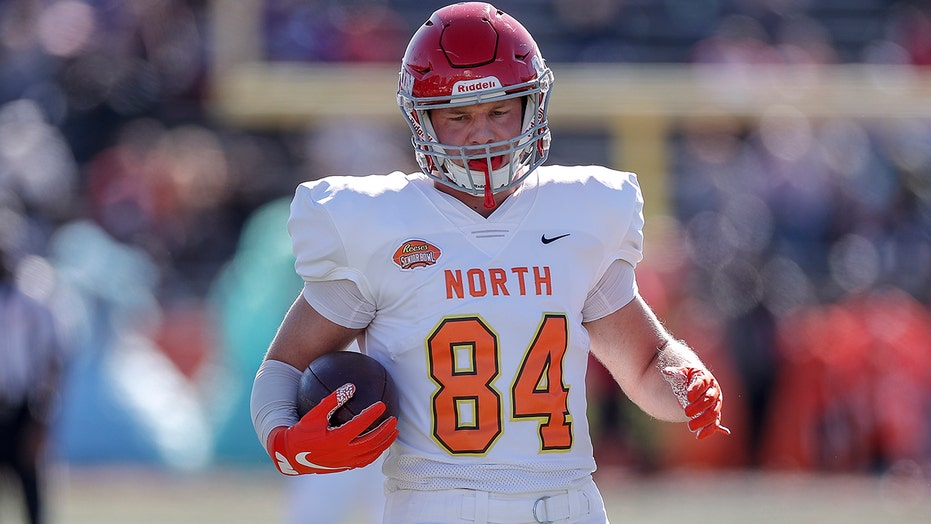 The New Orleans Saints made four selections during the 2020 NFL Draft.

The Saints made a few trades to get back into the draft. They addressed their offensive line with their lone first-round pick.

Even with the minimal selections, the Saints made the most of them.

Here are who the Saints chose during the draft.

The Saints selected center Cesar Ruiz with the No. 24 of the NFL Draft on Thursday night. The Saints took the offensive lineman out of Michigan who was starting to shoot up draft boards and mock drafts alike as the event crept closer. New Orleans could have targeted a cornerback but the top four had already been taken before the team had a chance to make a pick.

The Saints selected linebacker Zack Baun with the No. 74 pick of the 2020 NFL Draft. Baun played 14 games with Wisconsin in 2019. He had 75 tackles and 12.5 sacks in his final season. He will certainly fill a need for the Saints at the position.

The Saints selected tight end Adam Trautman with the No. 105 pick of the 2020 NFL Draft. Trautman was a two-time All-Pioneer League team. He’s the third non-FBS draftee taken on Day 2. He’s the highest-drafted Dayton player ever.

The Saints selected quarterback Tommy Stevens with the No. 240 pick of the 2020 NFL Draft. Stevens played at Mississippi State in 2019 after four years in Penn State. He had 1,459 passing yards and 15 touchdown passes in his collegiate career.