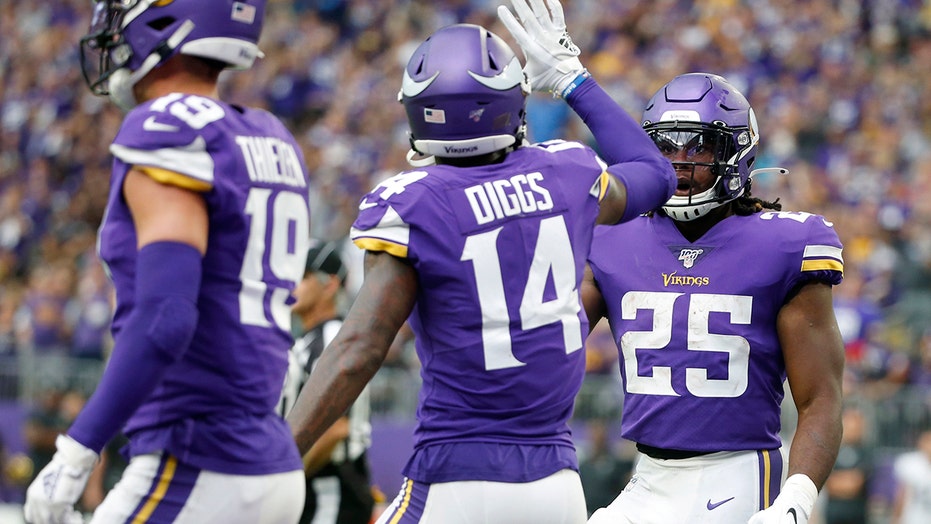 A World War II veteran performed the national anthem using only a harmonica on Sunday before the Minnesota Vikings played the Oakland Raiders at U.S. Bank Stadium in Minneapolis.

Pete DuPre, also known as “Harmonica Pete,” stood in front of a microphone in the Vikings’ end zone and played the “Star-Spangled Banner” to the packed stadium.

ANTONIO BROWN ANNOUNCES HE WILL NOT PLAY IN THE NFL

Sunday’s game was not the first time DuPre has performed with his harmonica in front of a sports-crazed crowed.

DuPre showed up before a U.S. women’s soccer match and performed the national anthem in May.

DuPre, who served in the Army medical corps in England, appeared on “Fox & Friends” soon after his rendition in May. DuPre and his team provided full-time care to wounded servicemen.

“We were on the other side of the Channel,” DuPre said at the time. “Those patients were brought to us and our job was to start to put them back together again. Just that simple.”

His performance before the Vikings game received a big round of applause.