Michael Jordan’s time in the minor leagues is a story that most basketball and baseball fans know about, but two stories about the NBA legend’s dabbling in football and hockey surfaced Wednesday.

CBS Sports noted that Jordan at one time toyed with the idea of playing football. In the book “Playing For Keeps,” author David Halberstram wrote that while wishing to go up against some of Major League Baseball’s best pitchers, Jordan talked to a Chicago Bears great about playing football.

“Jordan took the opportunity to go on at length about wanting to try major-league baseball, and he talked about his recent dreams of batting against some of baseball's most feared power pitchers,” Halberstram wrote in the book. “He had also mentioned trying professional football -- one more challenge -- and had talked about it with his friend [former Bears star] Richard Dent. He would be a wide receiver but would not go after passes coming across the middle, he noted.”

When Jordan retired for the second time in 1999, he would famously become part-owner of the Washington Wizards. But before he played basketball for the Wizards, he was a minority owner of the NHL’s Washington Capitals.

According to ESPN, Jordan had previously failed to buy the Charlotte Hornets and Milwaukee Bucks in 1999. He joined the Lincoln Holdings group that bought the Wizards, Capitals and WNBA's Washington Mystics. Jordan reportedly received a 10 percent stake in the Wizards with an option to grow it to 20 percent. He also had a 12 percent stake in the Capitals.

Ted Leonsis, the current owner of the Capitals, told ESPN that Jordan didn’t add “a lot of value” to the team since he was just the president of the Wizards of the time. 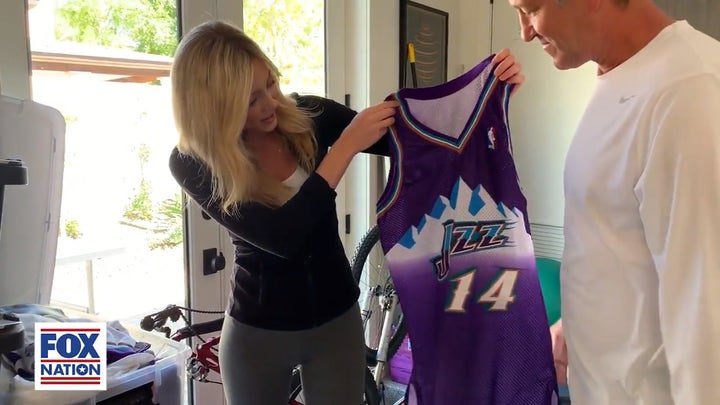 Jordan did appear in the owner’s box at Capitals games and some told ESPN the former NBA star appreciated the skill in the sport.

Jordan’s run with the Capitals ended in 2001 when he decided to return to basketball. He was forced to sell his portion of the Capitals back to Leonsis.