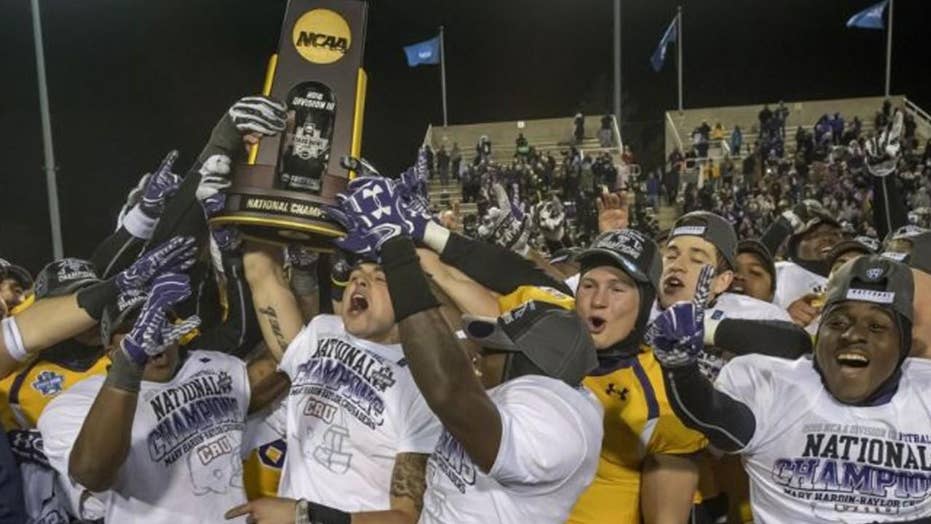 Division III NCAA Football champion Mary Hard-Baylor was forced to vacate its title and wins following the discovery of a violation during the team’s 2016 season. The school’s football program is being punished because the head coach let two players borrow his car.

The NCAA came down hard on the University of Mary Hardin-Baylor on Thursday for a so-called improper benefit which will cost the football program its 2016 national championship.

The Division III school, based in Belton, Texas, was forced to vacate its title and wins in which ineligible players played in games because the head coach let a player use his car for more than 18 months. The school said the ruling means 29 victories between the 2016 and 2017 seasons would be vacated.

Officials said they would appeal the punishment.

Mary Hardin-Baylor head coach Pete Frendenburg loaned a player his 2006 Subaru for the two seasons in question and then loaned it to a second player, but the car broke down and had to be towed.

Frendenburg said he “unintentionally” broke the rules. He had already been suspended by the school for three months without pay and sat out the first three games of the 2018 season due to the violation.

“I've spent my entire career as a football coach investing in kids,” Frendenburg said in a statement. “In this instance, I unintentionally broke NCAA rules. I regret this, and I accept responsibility.”

“Although the university recognized the seriousness of the violations it has self-reported, it respectfully disagreed with the Committee on Infractions decision to add to our self-imposed sanctions the vacating of wins and records for the 2016 and 2017 football seasons,” O’Rear said. “In light of all the circumstances surrounding this case and as a matter of principle for all the student-athletes who had no part in the infractions, we requested an expedited hearing on that one issue of disagreement.”

In addition to the vacated wins, the football program will be placed on probation for two years, will need enhanced compliance training and will have to pay a $2,500 fine.