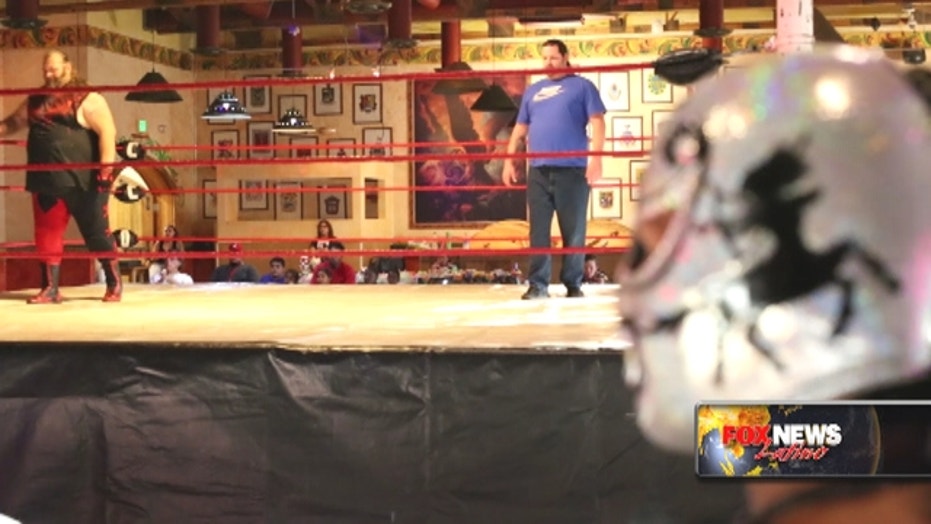 The masked matches are increasingly popular among local residents and tourists visiting the valley.

Phoenix – Lucha libre, the staged wrestling matches between good and evil characters who often wear colorful masks, has thousands of loyal fans all over Mexico.

Now a group of people in Phoenix, Ariz. who grew up with those colorful matches are giving them a shot at a local restaurant, which every Sunday afternoon transforms itself into a lucha libre ring.

Rosa Pastrana, the force behind the idea, said she got the idea after watching the matches pop up, usually with little notice, in Phoenix and surrounding suburbs. She worked with the owners of a restaurant in downtown Phoenix, Amber Sapien, to set up a local wrestling federation and hold weekly matches.

Five months in, Pastrana said the effort has become hugely popular, attracting both local residents and tourists visiting the valley.

“We want this to be a big thing. We want it to grow and be like the WWF, if possible. But more than anything, we want to create a federation to protect the fighters and make sure they get the respect they deserve,” she said.

The restaurant charges $6 a person for two hours of entertainment. The unique "luchadores" already have a steady following, from tourists to neighborhood kids.