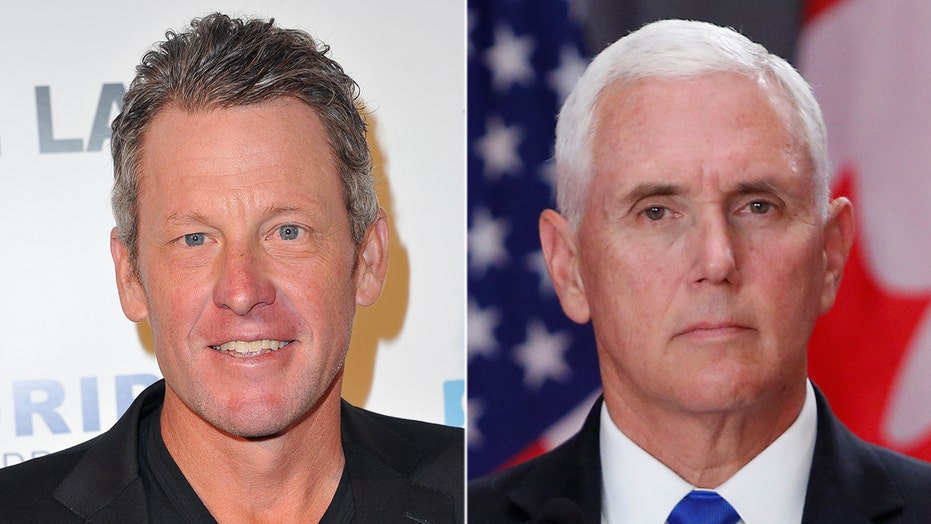 Disgraced former cyclist Lance Armstrong bragged online about passing Vice President Mike Pence on a bike path in Massachusetts on Saturday — quickly drawing criticism for what he described as a joke.

Armstrong, 47, tweeted about his supposed encounter with the vice president, who was in Nantucket for a fundraiser to benefit the Republican National Committee and President Trump's reelection campaign.

"I can’t drop many people on a bike these days but I just blew the f-----' doors off Mike Pence on a Nantucket bike path," Armstrong tweeted. "Day. Made."

"He's 13 years older than you and was never a professional cyclist," one person wrote, while another tweeted: "Wow, a pro athlete whooped an elderly man in the sport of his choice!! Such a bad-- you are!!

Armstrong acknowledged the string of tweets he received, writing hours later that "some people can’t take a joke or even having a little fun on twitter. Lightin’ the f--- up people. But seriously, I did blow his doors off!!"

Lance Armstrong later said his tweet about Vice President Mike Pene was a joke and that people need to "lightin' the f--- up." (Getty Images)

Many social media users noted that Armstrong was caught cheating in his quest to be the fastest cyclist. The founder of the "Livestrong Foundation" — who won his first title after recovering from testicular cancer that spread to his brain — was stripped of his seven Tour de France titles by for International Cycling Union in 2012 for doping.

In May, Armstrong told NBC Sports he "wouldn't change a thing" about his cheating scandal.

He added: “If I just doped and didn’t say a thing, none of that would have happened. None of it. I was begging for, I was asking for them to come after me. It was an easy target.”