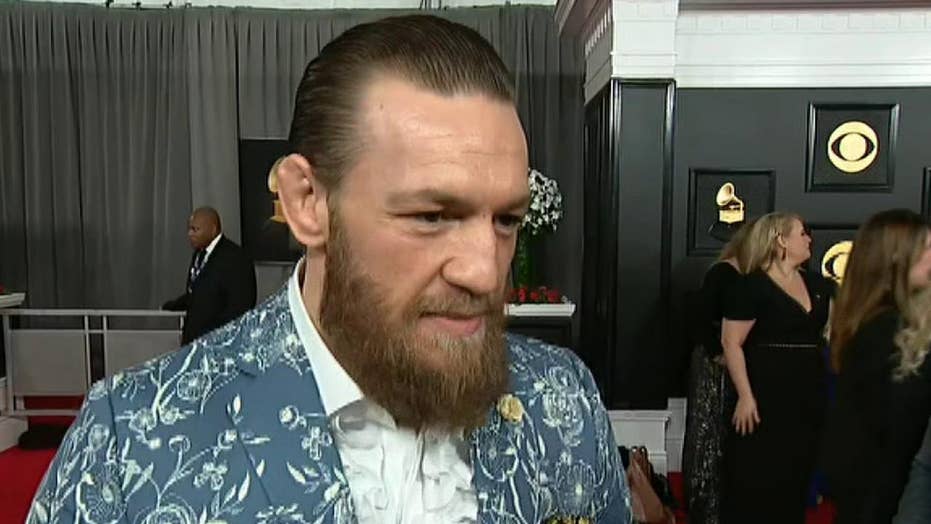 Conor McGregor reacts to Kobe Bryant’s death at the Grammys

Conor McGregor reacts to the death of Kobe Bryant on the Grammys red carpet.

The 31-year-old professional fighter spoke with Fox News ahead of the televised broadcast of the 62nd annual Grammy Awards Sunday. McGregor reflected on the news that seemed to be on everyone’s minds throughout the night, the sudden death of Bryant.

“It’s very sad news,” McGregor told us. “I hope today, and I know today is going be a celebration. We’re going to pick up and begin to celebrate this great man and the legacy he left behind.”

He continued: “I’m excited to see what the Grammys [has] in store. I know they’re going to build the energy up because this man has left a phenomenal legacy.”

According to multiple reports, Bryant was on a helicopter flying over Calabasas – a city of 23,000 people located about 30 miles northwest of downtown Los Angeles. TMZ Sports first reported that Bryant was killed in the crash. Fox Sports also confirmed the report of Bryant’s death. According to the New York Post, Bryant was on his way to his Mamba Sports Academy with his 13-year-old daughter, Gianna, at the time of the crash.

McGregor highlighted the late athlete’s work ethic while discussing his legacy on the red carpet with Fox News.

“The things he's done even today, Sunday, rest day. We don’t do things on Sunday,” McGregor said. “But the passion and the drive like he is. He was on his way to his training facility, the Mamba training facility, to partake in a basketball tournament. These are things that he has done for the people and for his sport and… What a great man.”

Kobe Bryant died in a helicopter crash on the same day as the 2020 Grammy Awards. (REUTERS/Lucy Nicholson)

The UFC champion concluded, saying: “What a legacy he left behind… It’s very sad news. I just, don’t know what to say.”

The Grammys opened with a tribute to the late NBA player sung by host Alicia Keys and the band Boyz II Men as more celebrities like McGregor seized the opportunity to honor Bryant throughout the night.