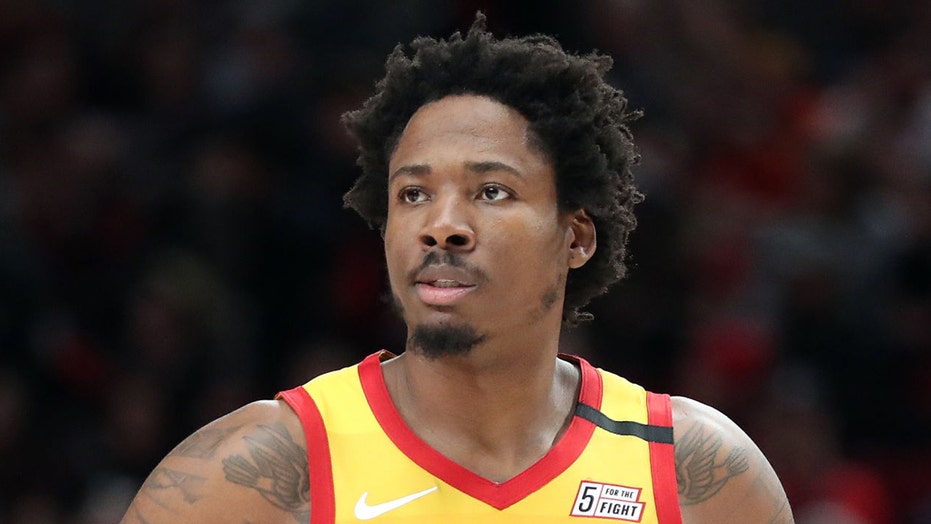 Utah Jazz forward Ed Davis reacted to Kyrie Irving and Dwight Howard expressing support for the possibility of not playing the rest of the NBA season.

Davis told Hoops Hype on Monday that it’s easy for guys like Irving and Howard to suggest that because of the money that they make.

NBA STARS EXPRESS CONCERNS ABOUT PLAYING AGAIN AMID UNREST IN US

“But there are other guys on the rosters who need this money to provide for whoever they're taking care of and things like that. It's easy for the superstars in the league to say this and how they feel about this and that. But it means a lot more when it comes from the role players and the guys that [aren't stars]. There are so many different perspectives because there are so many different levels in the NBA.”

Davis, who has played 10 seasons in the league, said for him it’s not about the money because he’s already played for so long.

“I'm on the back end of my career and I've made enough money, so it's not really about the money,” Davis told Hoops Hype. “It's more about the future guys—a guy like Donovan Mitchell, who is looking at a $160 million dollar contract but he might only get $90 million if the cap drops.”

Irving and Howard were two of a handful of players who have expressed concerns about playing amid the coronavirus pandemic and intense protests against racial injustice and police brutality.

According to Stadium, Irving led a conference call with about 80 players including Chris Paul and Carmelo Anthony. Irving reportedly didn’t express support continuing the season in Orlando.

FAUCI EXPRESSES SUPPORT FOR NBA'S RESTART PLAN, PREDICTS LEAGUE WILL BE 'QUITE SUCCESSFUL'

He added he was willing to “give up everything I have” for social justice reform, according to The Athletic.

Howard said in a statement to CNN that he agreed with Irving’s sentiments.

“Basketball, or entertainment period, isn't needed at this moment, and will only be a distraction. Sure it might not distract us the players, but we have resources at hand majority of our community don't have. And the smallest distraction for them, can start a trickle down effect that may never stop," Howard said. "Especially with the way the climate is now. I would love nothing more than to win my very first NBA Championship. But the unity of My People would be an even bigger Championship, that's just to (sic) beautiful to pass up."

He continued: "What better time than now for us to be focusing on our families. This is a rare opportunity that, I believe, we as a community should be taking full advantage of. When have we ever had this amount of time to sit and be with our families. This is where our Unity starts. At home! With Family!! European Colonization stripped us of our rich history, and we have yet to sit down and figure us out. The less distractions, the more we can put into action into rediscovering ourselves. Nations come out of families. Black/African American is not a Nation or Nationality. It's time Our Families became their own Nations. No Basketball till we get things resolved."

“The statement was about social injustice and racism,” Briscoe said. “Yet everybody is still talking about whether basketball should be played. He isn't saying that basketball shouldn't be. He's just saying that you should not be taking attention away from what's going on in the country to talk about basketball. Basketball is just a sport, at the end of the day. But what's going on with people dying in the streets, that's something real. That statement, it had nothing to do with sports. It had everything to do with racism and social injustice.”

The league is expected to tip-off again July 31.