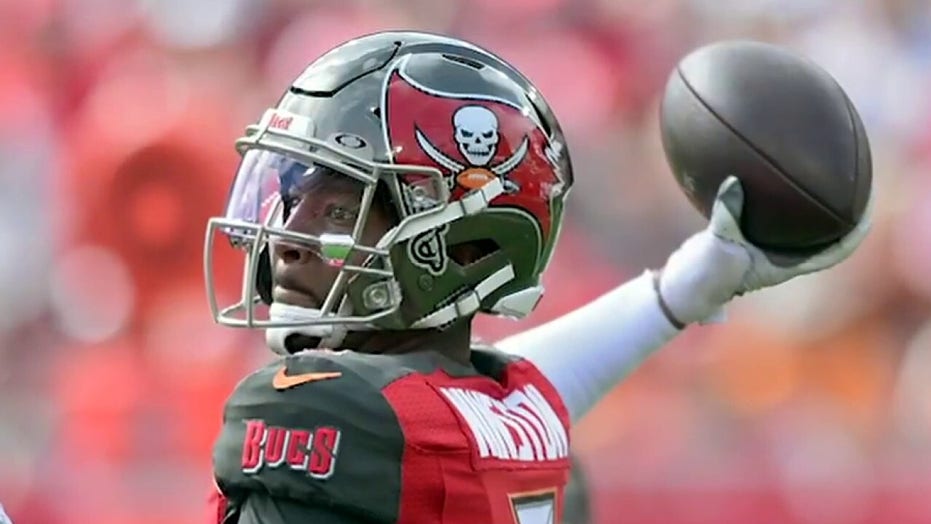 NFL quarterback Jameis Winston struck back at criticism over his training as he attempts to latch onto a team for the 2020 season.

Winston, who spent the last five seasons with the Tampa Bay Buccaneers before he was released, was taking jabs on social media for working out with his friend. Among the loudest, was former quarterback David Carr.

“Stop paying your friends to train you,” Carr tweeted. “Stop. Get some help. I’ve been in a lot of collapsing pockets and never once did I have defenders just flying at my head.”

Winston responded to Carr, explaining to him whom he was working out with.

“Hey bro I have nothing but love for you! Reach out to help or mind your business though. I’ve been working with my personal trainer since I was 14! We built this from the bottom and we’re still building. Treat others how you want to be treated bro,” Winston said.

Carr replied: “You’ve come along (sic) way since 14 and so has training. You’ve also got a lot more resources at your disposal. God Speed on your next stop.”

Both quarterbacks came into the NFL as No. 1 picks and started their careers as starters.

Carr was with the Houston Texans and started 75 of 76 games before he left for the Carolina Panthers and then to the San Francisco 49ers and New York Giants. Carr’s career wasn’t helped by the lack of a solid offensive line on an expansion team. He never had the statistical season Winston put up in 2019.