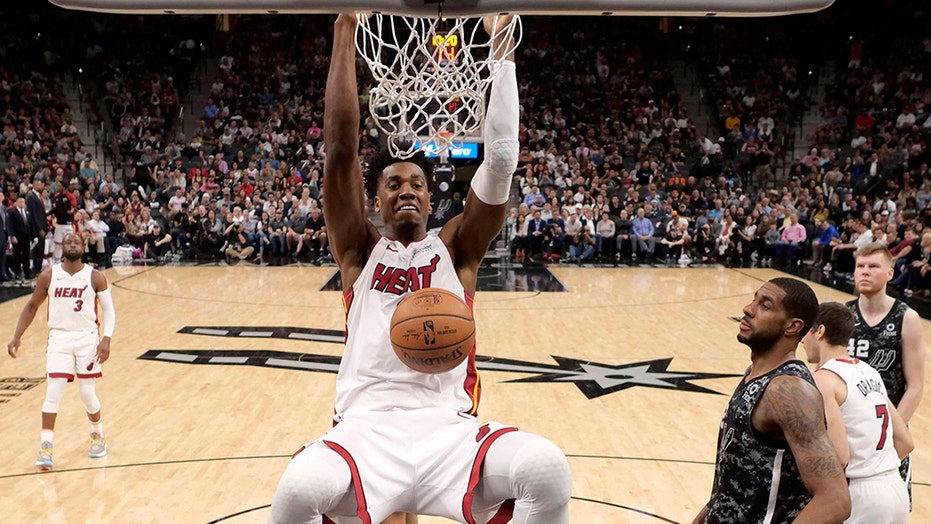 Hassan Whiteside is about to get paid -- but it might not happen in Miami.

Whiteside will exercise his $27.1 million player option with the Miami Heat for the 2019-20 season, according to ESPN.

The 30-year-old center was a diamond in the rough the Heat found during the 2014-15 season after he had not played for two straight seasons. He played well enough for the Heat to re-sign him to a four-year, $98.4 million contract in the summer of 2016.

Whiteside averaged a career-high 17 points and 14.1 rebounds per game in the first year of his contract but his numbers tapered off after that.

In 2018-19, he averaged 12.3 points and 11.3 rebounds in 72 games for the Heat but found himself fighting for playing time with Bam Adebayo – who the Heat appear to view as the team’s future starting big man.

The Associated Press reported Whiteside might ask for a trade after picking up the option.

Miami goes into the offseason with big contracts on the book. The Heat owe Goran Dragic – who is reportedly going to exercise his player option -- $19.2 million, James Johnson $15.1 million, Justice Winslow $13 million, Dion Waiters $12.1 million and Kelly Olynyk $11.6 million, according to Spotrac.