NFL Commissioner Roger Goodell told Louisiana Gov. John Bel Edwards in a letter made public Monday that a penalty should have been called against the Los Angeles Rams following a crucial play in last month's NFC Championship game against the New Orleans Saints but added that "it would be wrong for me" to overturn the game's outcome "because of an officiating error."

"I fully understand your personal disappointment, and the disappointment and frustration of Saints fans throughout the country, over the outcome of the NFC Championship Game," Goodell said in the Feb. 6 letter.

On the play in question, Rams defensive back Nickell Robey-Coleman delivered an helmet-to-helmet hit on Saints receiver Tommylee Lewis while a Drew Brees pass was in the air with less than two minutes remaining. A penalty for pass interference or unnecessary roughness would have given the Saints a first down and a chance to run down the clock before kicking a potential game-winning field goal. The Saints did kick a field goal to take a 23-20 lead, but the Rams had time to kick a game-tying field goal of their own before winning the game in overtime, 26-23. 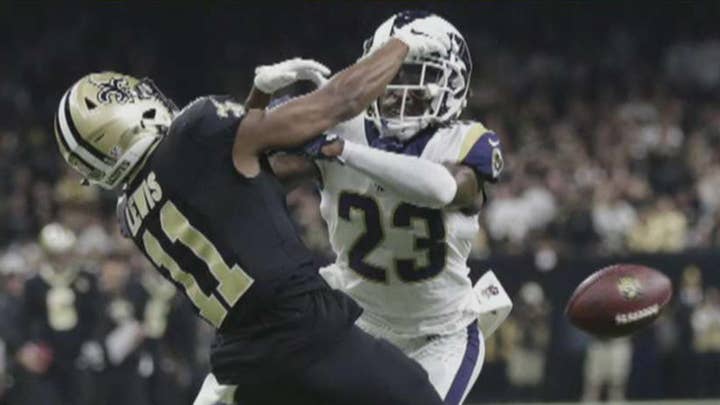 Edwards, a Democrat, wrote to Goodell two days after the game, saying the Saints "deserved better. Saints fans deserved better. The City of New Orleans and the State of Louisiana deserved better." The governor added that Goodell and the 31 team owners "should make sure that by next season there is some recourse on the field when such a clear [officiating] error is made ... If the NFL fails to act, the very integrity of the game will be called into question -- something that no football fan wants to see."

In Goodell's response to Edwards' letter, which the commissioner said reached him after he returned from this month's Super Bowl in Atlanta, he said that "it is incumbent on us to review this issue closely to determine if there are changes in our rules or procedures that would prevent a similar occurrence in the future. While there will always be mistakes in any game played, coached, and officiated by humans, we do not want officiating to be the topic of discussion after any game." 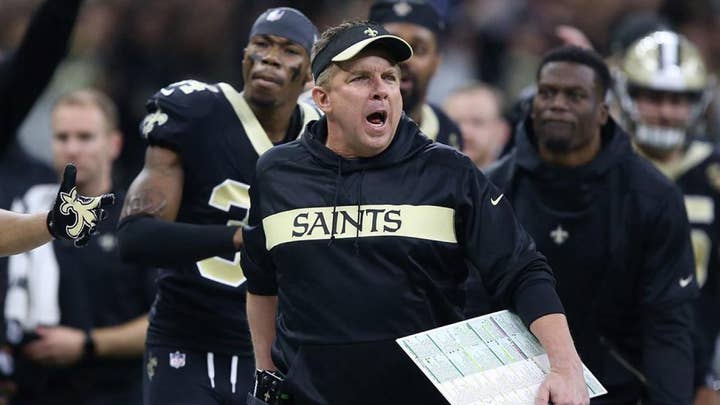 In his annual "state of the league" news conference the Wednesday before the Super Bowl, Goodell declined to rule out making pass interference and helmet-to-helmet penalties reviewable via the league's instant replay "challenge" system, but did not endorse such a move either.

"There have been a variety of proposals over the last — frankly 15 to 20 years — of should replay be expanded? It does not cover judgment calls. This was a judgment call," Goodell said at the time of the Robey-Coleman play. "The other complication is that it was a no-call. And our coaches and clubs have been very resistant and there has not been support to date about having a replay official or somebody in New York throw a flag when there is no flag. They have not voted for that in the past. It doesn't mean that we won't. It's something that we're going to put to the competition committee to see if there's an answer to that, but the reality is that's been at least an opposition philosophically for many clubs."

In a series of tweets, Edwards said he applauded Goodell's "willingness to review the officiating error closely to determine if similar errors can be prevented in the future through rule or procedure changes." The governor also promised that the state would be "hospitable" to the NFL when New Orleans hosts Super Bowl 58 in February 2024. It will be the 11th time the city has been the site of the Super Bowl -- as Goodell pointed out in his response to Edwards, no city has hosted it more.