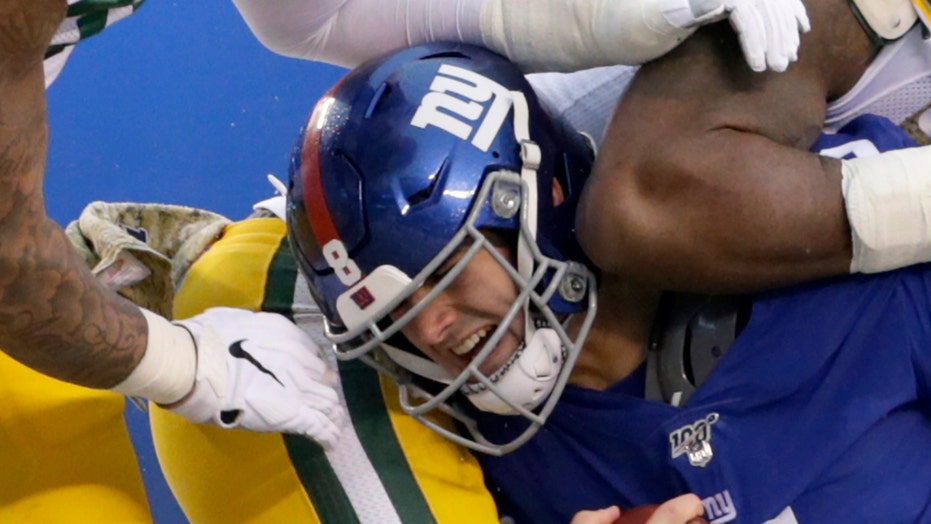 New York Giants rookie Daniel Jones has fallen far since he was hyped as “Danny Dimes” earlier in the season, and Sunday’s loss to the Green Bay Packers didn’t do anything to dispel the jeers.

Jones was 20-for-37 passing with 240 passing yards, a touchdown pass and three interceptions. The Giants lost the game 31-10 and at one point Jones had lost more than fans’ confidence that New York could have pulled out the victory.

Jones, on one of his five rushing attempts, was hit by Packers linebacker Preston Smith so hard that the “Y” decal on his helmet fell off and landed in the snow at MetLife Stadium.

The decal was replaced in the second half.

New York lost its eighth straight game. The Giants have not won a game since beating the Washington Redskins in Week 4 of the season.

Jones also tweaked his ankle in the loss. Coach Pat Shurmur said the quarterback should be good to go for the team’s next game against the Philadelphia Eagles.