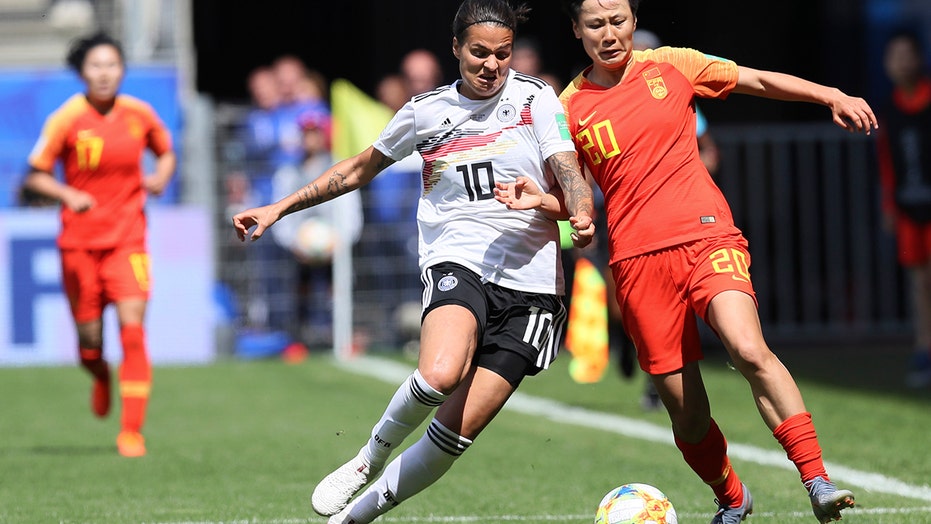 The German women’s national team will be without star midfielder Dzsenifer Marozsan for the rest of the Women’s World Cup group stage after breaking her toe Saturday against China.

Marozsan, 27, who was named France's best player, will miss Germany’s matches against Spain on Wednesday and against South Africa next week, according to Reuters.

“She has a broken toe and that means that we cannot count on her for the group phase,” Germany’s coach Martina Voss-Tecklenburg told reporters Tuesday. “We will try to get her back on the pitch at the World Cup, but I cannot give a precise prognosis.”

Germany, who came into the tournament as the No. 2 squad in the FIFA rankings, faces a fresh challenge in getting back to finals. The German squad has won two World Cup titles but hasn’t appeared in the finals since 2007, when it beat Brazil 2-0.

Maroszsan didn't play in 2011 due to a knee injury and battled ankle problems in 2015.

“I feel for her on a personal level," Voss-Tecklenburg said. "You cannot replace her because she has special qualities and abilities.”