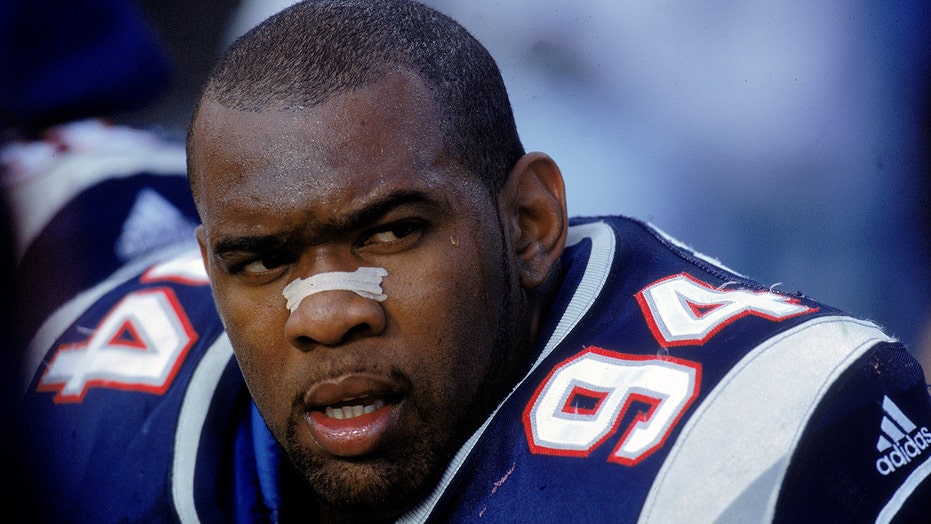 The former New England Patriots defensive end appeared in a video arraignment from the Merrimack County Jail in Boscawen where he was held since his arrest Friday for allegedly violating a protective order.

Greg Spires #94 of the New England Patriots looks on as he rests on the sidelines during the game against the Indianapolis Colts at the Foxboro Stadium in Foxboro, Mass., on Oct. 8, 2000. (Rick Stewart /Allsport)

Spires, who lives in Texas, reportedly showed up at his daughter’s high school Wednesday after seeing her name in a local paper. His presence prompted the young girl to file a stalking petition on Thursday which stated Spires took pictures and videos of her during a sporting event.

His ex-wife, Dara Spires, also filed for a protective order against the pro.

Spires was arrested Friday after violating that order when he again appeared at Concord High School.

He was charged with one count of misdemeanor stalking, the Concord Police Department said at the time.

Spires reportedly had a tumultuous relationship with his ex, which included allegations of domestic violence dating back to 2005.

Dara Spires told the judge on Monday she relocated to New Hampshire with her daughter almost three years ago with the help of a group that advocates for victims of domestic violence, local media reported.

His bail was set at $50,000 and he is set to appear in court Tuesday afternoon for a hearing on the stalking petitions.

Spires played three seasons with the Pats before playing one season with the Cleveland Browns. He then spent six seasons with the Tampa Bay Buccaneers, helping the Bucs secure their only Super Bowl win back in 2003.