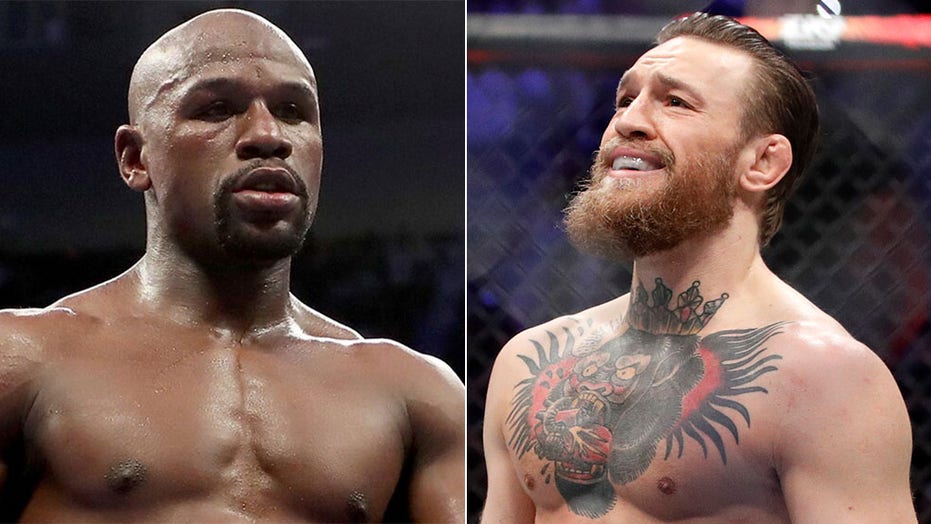 Dana White on media attempts to sabotage the restart of UFC

Conor McGregor retired for the third time in four years on Sunday, but Floyd Mayweather Jr. wouldn’t let him sail off into the sunset without throwing a few jabs at him.

In May, McGregor told Mike Tyson, “I will beat Floyd. I promise my life on it."

So, in Mayweather Jr. fashion, he responded.

“If I’m not mistaken, didn’t you tell Mike Tyson you could beat me if we fought a second time?" Mayweather Jr. said on Instagram. "Now you're quitting! I thought you wanted to beat the best? Well, if you decide to come back, I will be waiting to punish you again."

A few months ago, Mayweather told TMZ Sports he was ready for a rematch with McGregor if the price was right.

McGregor abruptly made his latest questionable declaration Sunday morning on his Twitter account, where the former two-division UFC champion also announced his retirement in 2016 and 2019.

“Hey guys I’ve decided to retire from fighting,” McGregor wrote in a caption below a photo of him and his mother. “Thank you all for the amazing memories! What a ride it’s been!”

UFC President Dana White has already said McGregor is next in line for a title shot at the winner of lightweight champion Khabib Nurmagomedov's bout with Justin Gaethje this summer.

The UFC's schedule is in upheaval due to the coronavirus pandemic, but McGregor was expected to get his title shot later this year, and he recently had been talking to White about taking another fight even earlier. Earlier this week, McGregor posted photos and videos of himself training for fights.

White was still willing to take McGregor's retirement announcement at face value — at least publicly — when he learned about it at his news conference following UFC 250 in Las Vegas.

“If Conor McGregor feels he wants to retire, you know my feelings about retirement,” White said. "You should absolutely do it. And I love Conor. ... There’s a handful of people that have made this really fun for me, and he’s one of them.”