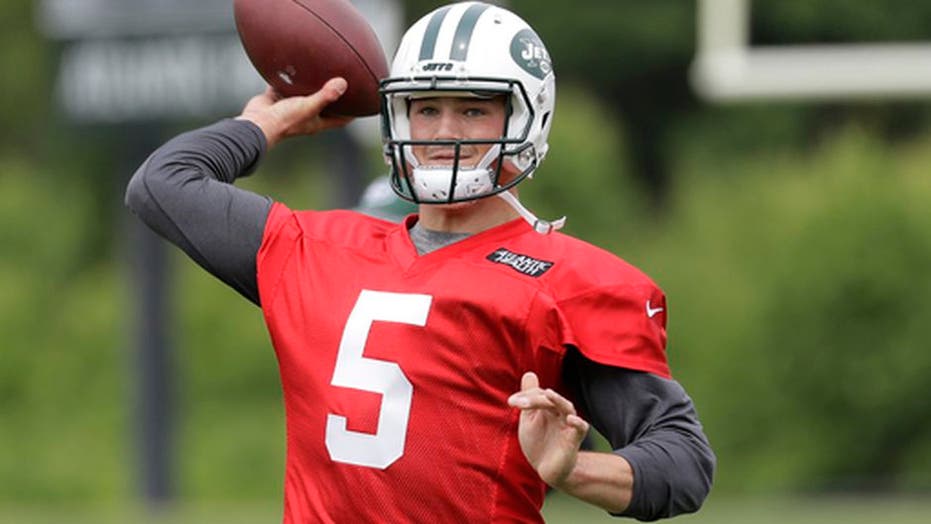 Former NFL quarterback Christian Hackenberg is turning his pads and helmet in for a glove.

Hackenberg, who was selected by the New York Jets in the second round of the 2016 draft and jumped around on several practice squads, is looking to come back as a baseball pitcher.

“Simple as I can put it: I just want to compete, man,” Hackenberg told NBC Sports Philadelphia on Saturday. “I've kind of had my trials and tribulations with the NFL, and had success and had that roller-coaster ride. At the end of the day, I'm sitting here at 25. For me ... I feel like I've got a lot left in the tank.”

Hackenberg’s fastball reportedly tops out at 90 mph. Noel LaMontagne, Hackenberg’s agent, told ESPN that his client is getting himself into baseball shape.

“He isn't rushing anything and is being smart about not putting his health in a bad situation,” LaMontagne said. “He's young, has the work ethic, a ton of natural arm talent, plenty of athleticism, and the focus it takes to put himself in a position to have a chance.”

Hackenberg did play baseball at Fork Union Military Academy before he stuck to the football route when he committed to Penn State.

Hackenberg’s trainer, Ryan Kulik, told the New York Post the former quarterback’s quest to be a professional pitcher is not a laughing matter.

“It’s not a joke,” he told the newspaper. “He’s all-in. He wants to do whatever it takes to reach his goal. And I think he can.”

Hackenberg never appeared in an NFL game. He was traded to the Oakland Raiders in 2018 and cut months after the acquisition. The Philadelphia Eagles and Cincinnati Bengals also signed and cut Hackenberg. He then appeared in the Alliance of American Football.