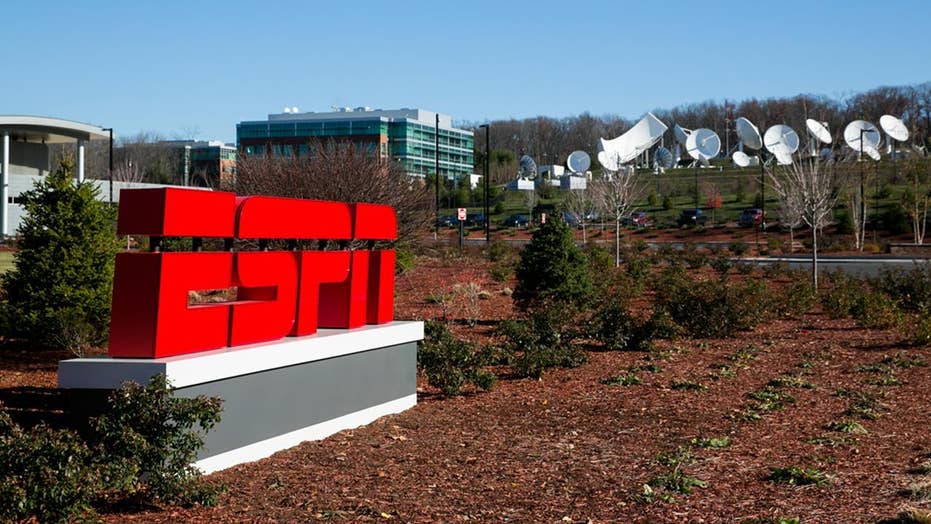 A bombshell report published Thursday described sports channel ESPN's culture as one of hostility and sexual misconduct toward women.

The report by The Boston Globe specifically named several men employed by or affiliated with ESPN as being subjects of harassment complaints.

Although the sports network has been embroiled in sexual misconduct scandals and lawsuits for years, current and former employees were emboldened to speak up recently after ESPN partnered with “Barstool Sports,” a blog website that has drawn criticism for content viewed as sexist.

One blog entry proclaimed that ESPN anchor Sam Ponder’s No. 1 requirement was to “make men hard” and her “entire career and livelihood is based on appealing to guys.”

Mentoring as a pretext

Earlier this year, former sports anchor Adrienne Lawrence filed a complaint with the Connecticut Commissions on Human Rights and Opportunities, alleging that a culture of sexism and hostility existed at Bristol-based ESPN.

Her complaint alleged that many male colleagues used mentoring as a pretext for unwanted sexual or romantic encounters.

She accused sports anchor John Buccigross, whom she viewed as a mentor, of spreading false rumors that the two were in a sexual relationship and that he sent unsolicited shirtless selfies, and calling her “dollface,” “#dreamgirl,” and “#longlegs” in texts.

Lawrence claimed ESPN retaliated against her by reducing her on-air time and ultimately denying her a permanent position, while another male colleague received the offer, the Boston Globe reported, citing interviews with other employees.

Buccigross confirmed that he sent the selfies, but denied that he spread rumors about Lawrence. After an internal investigation, ESPN said it found Lawrence’s claim to be “entirely without merit.”

In response to the Globe story, ESPN said that it takes sexual harassment issues seriously, pointing to the fact that it recently suspended radio hosts Donovan McNabb and Eric Davis after they were accused of sexually harassing an employee at NFL Network.

The Globe’s report comes at a time when ESPN claims it has made more efforts to expand opportunities for women in the workplace. In recent years, it noted, it has hired the first female studio host of "NFL Countdown," the first female analyst on its Major League Baseball broadcasts, and the first woman to lead ESPN The Magazine.

But interviews conducted by The Boston Globe with roughly two dozen current and former employees portray a “locker room culture,” where men regularly make unwanted sexual advances to female colleagues, given unsolicited shoulder rubs and rate women based on their looks.

Several women interviewed by the Globe detailed their fear of losing their jobs and the lengths to which they would go to keep them.

In some instances, the women said, they hid their pregnancies or felt pressured to take short maternity leaves in order to protect their positions. Women who were able to return from a maternity leave often found themselves in less desirable positions than before, with their contracts reduced or not renewed, with significant pay cuts, or replaced by men.

In perhaps the most extreme case, one anchor did her scheduled broadcast while having a miscarriage to prove her commitment. The anchor claimed that a subsequent investigation into her complaints was never properly conducted, as she was never contacted for an interview. She was subsequently assigned to fewer shows, which she viewed as retaliation for her complaint.

When she became pregnant again, she talked to human resources to make sure her position was safe. But days before she planned to return in April, ESPN told her she was part of a new round of layoffs.

ESPN denied any retaliation. The network said it has implemented new training policies and regulations in order to combat its reputation as a hostile work environment, and has provided more resources for employees to report complaints.

The network claimed its personnel decisions are based on pursuing business goals -- not on gender, pregnancy, or any other protected characteristics. As proof, it cited several rounds of layoffs – including 100 job cuts this year – and claimed that women were not disproportionately targeted.