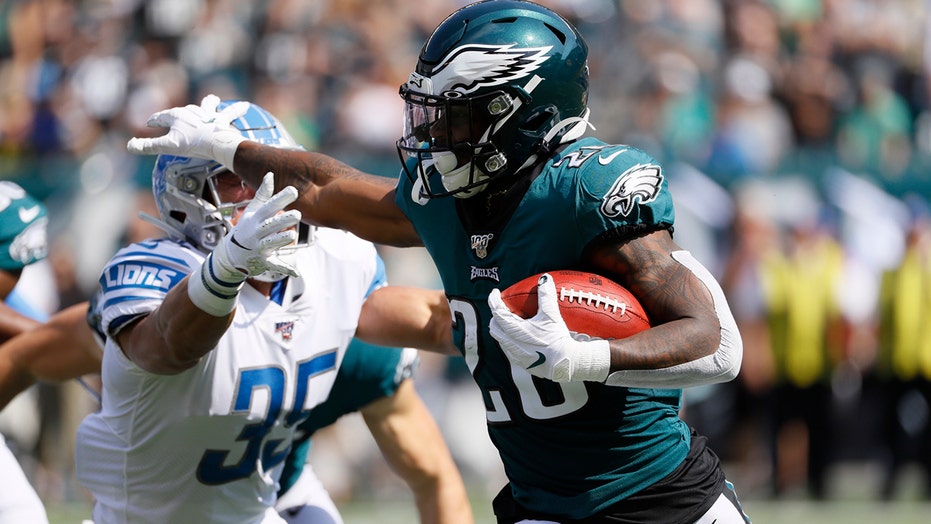 Philadelphia Eagles rookie Miles Sanders nearly had his head taken off during a kick return in a game against the Detroit Lions on Sunday.

Sanders was returning a kick in the second quarter when he ran into Lions defender Miles Killebrew, who appeared to grab Sanders’ facemask and rip his helmet all the way around his head.

Sanders’ helmet fell to the ground as he was left looking for a penalty flag on the play.

It appears Killebrew got away with a blatant facemask. Sanders was uninjured on the play.

Sanders had a tough day against the Lions. He rushed for 53 yards on 13 carries and he fumbled twice, losing one of them. His play has fans calling for Jordan Howard to get a majority of the carries.