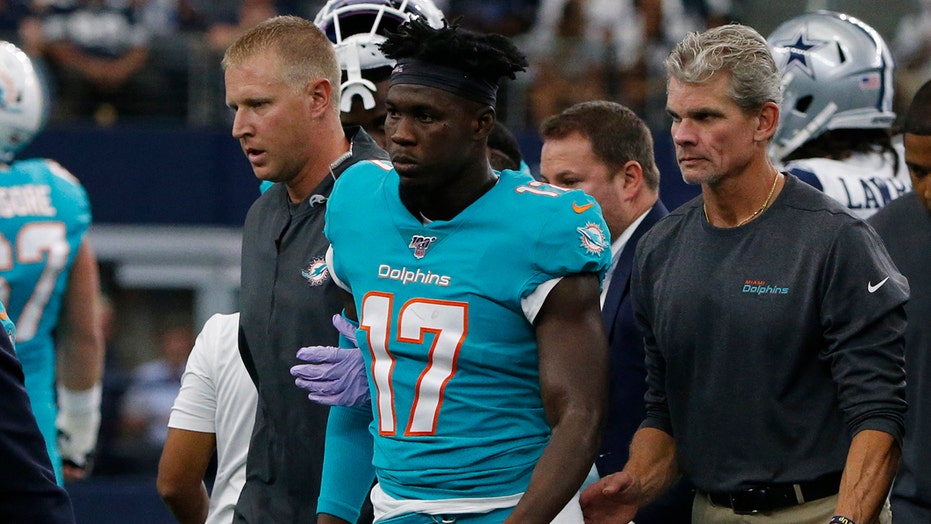 Miami Dolphins wide receiver Allen Hurns took two blows to the head on one play during a game against the Dallas Cowboys on Sunday.

Hurns was going for a catch on a pass from Josh Rosen early in the first quarter when he was knocked to the ground by Cowboys safety Jeff Heath. The two players collided near the 45-yard line as Heath successfully broke up the pass and gave the Dolphins a 2nd and 10 instead of a first down.

While the bang-bang play may have looked like just another football play in real-time, the replay showed just how brutal Heath’s hit to Hurns was.

Hurns first took a helmet-to-helmet blow from Heath. Hurns then went airborne and came down on his head again in the same play. The six-year wide receiver was down on the field for several moments before walking off the field under his own power.

He missed the rest of the game with a concussion.

Hurns played with Heath and the Cowboys last season. Health told reporters after the game that the injury was not intentional, according to the Dallas Morning-News.