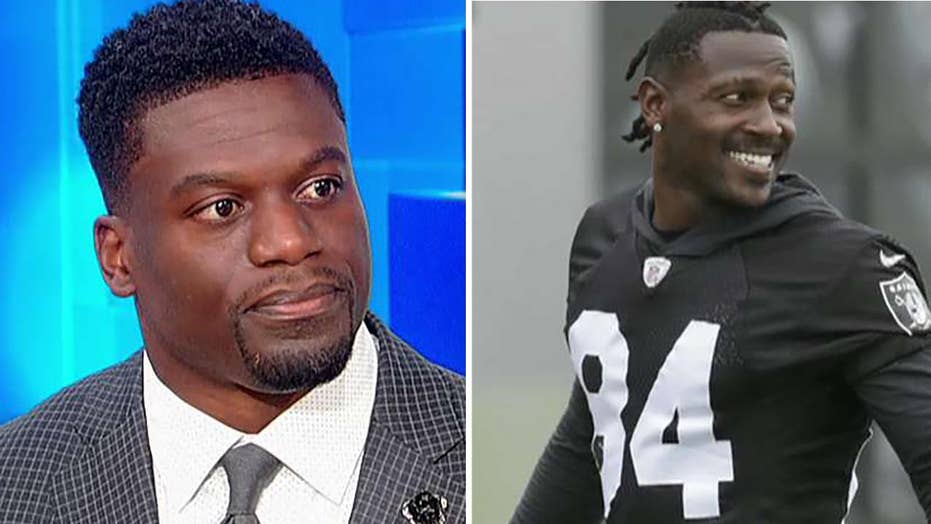 Veteran NFL tight end Ben Watson reacts to Antonio Brown joining the team and what may happen to the number 84 jersey they share.

Brees, the New Orleans Saints quarterback, was criticized for working with Focus on the Family to promote national Bring Your Bible to School Day. Focus on the Family has been accused of being anti-gay and for promoting “conversion therapy,” a practice used to change a person’s sexual orientation.

Watson appeared on “Fox & Friends” and revealed how he reacted to the controversy.

“My reaction was, first, the article itself was misleading and a mischaracterization of Focus on the Family and of Drew,” Watson said. “They were slanderous. And so my response was to stop lying with those sorts of labels.”

Watson, who played with Brees for four seasons, also took issue with characterizing Focus on the Family as anti-gay and discriminatory.

“It’s a shame in this country right now if you adhere to certain biblical beliefs, that we all have a right to choose what religions were adhere to, you’re labeled as ‘anti,’” he said. “What Focus on the Family does is upholds marriage, which family is the basic building block of society. They uphold those things and they’re labeled anti by other people. And there’s an agenda there and that’s what really upset me about the whole thing.”

Brees responded to critics last week over the issue.

“Hopefully this sets the record straight with who I am and what I stand for,” Brees tweeted along with a video. “Love, Respect, and Accept ALL. I encourage you not to believe the negativity you read that says differently. It’s simply not true. Have a great day.”

In the video, Brees says: “I do not support any groups that discriminate or that have their own agendas that are trying to promote inequality.”

Brees then spoke with reporters in an attempt to further clarify where he stands.

He said he believes he was unfairly and mistakenly accused of being anti-gay, and that he participated in the video solely to promote Bring Your Bible to School Day, not to endorse “any type of hate.”

“I know that there are, unfortunately, Christian organizations out there that are involved in that kind of thing,” he said, according to ESPN. “And to me, that is totally against what being a Christian is all about. Being a Christian is love, it’s forgiveness, it’s respecting all, it’s accepting all.”

In a video posted on YouTube, Focus on the Family's Jim Daly also clarified that the Colorado-based organization is not a hate group.

“Our goal is to say, ‘Jesus loves you, cares about you, no matter who you are — your race, your creed, your sexual orientation. Jesus died for every one of us.’ That's the message we want to get out," Daly said.