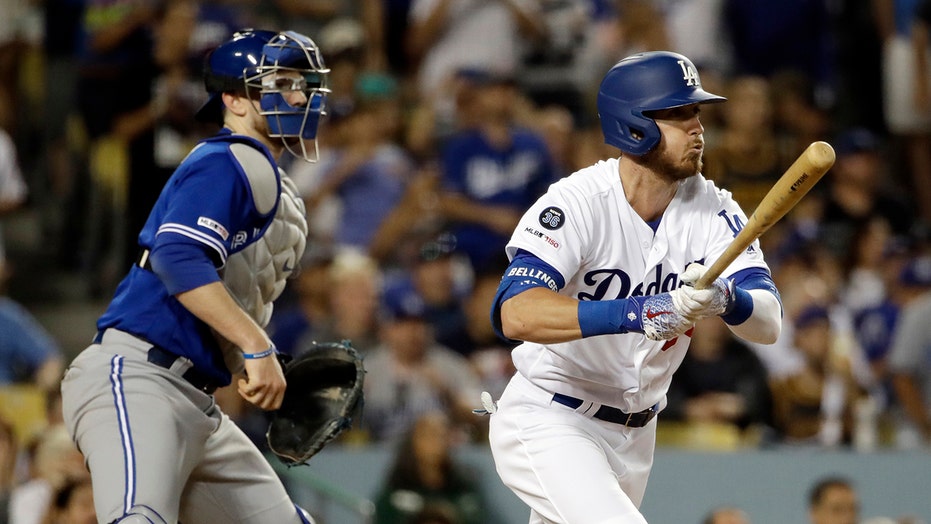 The Los Angeles Dodgers have been one of the hottest teams in baseball in 2019 -- but a mishap against the Toronto Blue Jays involving Dodgers centerfielder Cody Bellinger nearly made the team too hot for TV.

The right fielder recorded his 100th RBI of the year on a fourth-inning hit and rounded the bases clearly thinking triple all-the-way.

However, as Bellinger attempted to slide into third base around Vladimir Guerrero Jr.’s tag, the National League MVP frontrunner lost his pants.

Bellinger, who was tagged out, was seen laughing off the play as the third base umpire helped him up and he readjusted his clothing. The Dodgers won the game, 16-3.

Bellinger has been on a tear all season. He leads the major leagues with 42 home runs heading into Wednesday's action.