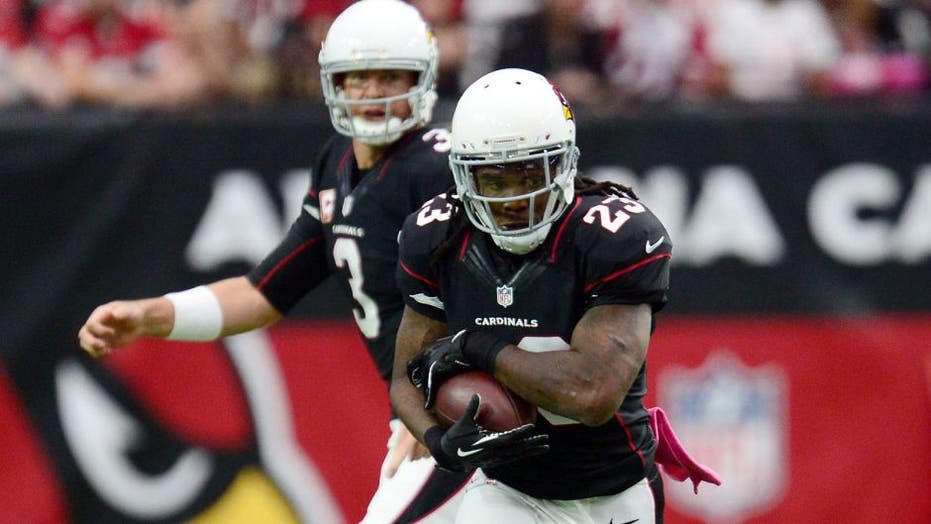 Chris Johnson played running back in the NFL for 10 seasons and had one magical year rushing for 2,006 yards on more than 350 rushing attempts.

The three-time Pro Bowler is now saying that he makes sure his sons do not play running back and instead steers them toward playing quarterback, wide receiver or cornerback.

“If I could do it all over again, when that coach came to me and told me, ‘You should switch your position to receiver or cornerback,’ I would have did it,” Johnson told TMZ Sports on Sunday.

Johnson cited the big difference in pay among the positions.

“I really believe in my head, if I played receiver or cornerback, I would still be playing in the league to this day and still making $15, $16 million a year at those positions,” Johnson told TMZ Sports.

Johnson, who rushed for 9,651 yards and 55 touchdowns during his career with the Tennessee Titans, New York Jets and Arizona Cardinals, may have a point.

Los Angeles Rams running back Todd Gurley is the highest paid at his position, earning $14.3 million per year, followed by the New York Jets’ Le’Veon Bell, who sat out an entire season just to hit a payday of $13.1 million per year.

Despite being one of the top running backs in the league, Johnson never made more than $10 million in base salary in one season. He earned about $45 million over the course of his career.