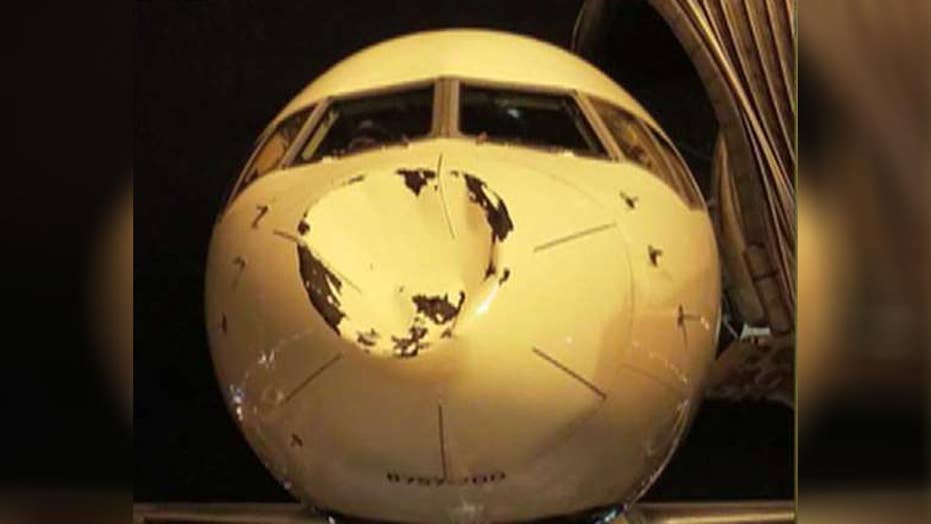 A plane carrying NBA team the Oklahoma City Thunder from Minneapolis to Chicago apparently struck a bird early Saturday when it was landing, damaging the plane, Delta Airlines said.

Thunder players Carmelo Anthony, Josh Huestis and Steven Adams all posted photos of the plane with a large dent on its nose.

Anthony posted on his Instagram: “What possibly could we have hit in the SKY at this time of night? Everyone is safe though. 'All Praise Due.'”

Adams tweeted: “30,000 feet in the air. Flying to Chicago. What caused this?” Adams tweeted the post to NASA and scientists Bill Nye and Neil deGrasse Tyson.

Tyson and Nye did not reply to Adams’ question.

Delta Airlines spokeswoman Elizabeth Wolf said maintenance was evaluating the situation and the damage was likely caused by a collision with a bird. She said the Boeing 757-200 landed safely without incident at Chicago’s Midway International Airport.

A spokesperson for the Oklahoma City Thunder told The Oklahoman newspaper that all of its players, staff and coaches were safe.

The Thunder lost to Minnesota Timberwolves 119-116 on Friday night. The team will play the Chicago Bulls Saturday evening.