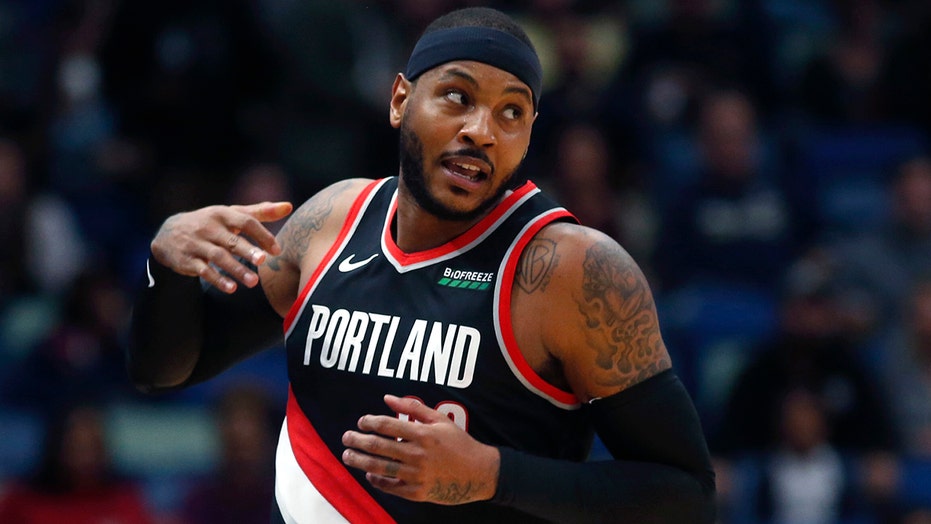 Gillian and Leland break down the NBA's response to China.

Carmelo Anthony made his Portland Trail Blazers debut Tuesday night in a game against the New Orleans Pelicans – the first game for the former NBA superstar in more than a year.

Anthony made the start alongside C.J. McCollum, Hassan Whiteside, Rodney Hood and Anfernee Simons. He played 24 minutes and scored 10 points on 4-of-14 shooting.

He also added four rebounds and a block but committed five turnovers. He said afterward it felt good to be back out on the floor.

Anthony wore No. 00 in the game after having worn the Nos. 15 and 7 throughout his career. He explained on Instagram why he chose the double-zero.

Anthony played 10 games for the Houston Rockets last season, but the team felt he didn’t mesh well with the offense. He was included in a trade to the Chicago Bulls but was waived and failed to latch onto a team.

Over the course of his career, Anthony is averaging 24 points, 6.5 rebounds and 3 assists per game.