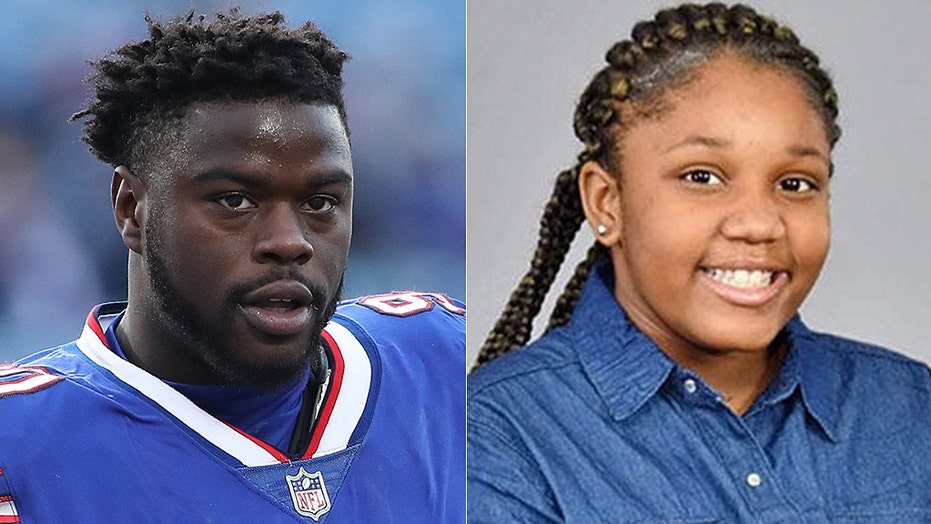 Buffalo Bills defensive end Shaq Lawson was troubled by the shooting death of a young girl in his home state over the weekend, telling local media Wednesday he intends to pay for her funeral.

Ja’Naiya Scott, 11, was shot inside her Anderson, S.C. home early Sunday morning after someone reportedly fired at the residence more than 35 times. She sustained a gunshot wound to the right shoulder which severed her subclavian artery, causing major blood loss and eventually her death, USA Today reported, citing the Anderson County Coroner’s Office.

The young girl’s death affected many community members, including Lawson who grew up in Central, S.C., which is about 20 miles north of where the shooting took place.

Ja’Naiya Scott, 11, was shot inside her Anderson, S.C. home early Sunday morning after someone reportedly fired at the residence more than 35 times. She sustained a gunshot wound to the right shoulder which severed her subclavian artery, causing major blood loss and eventually her death. (Family photo)

Lawson said he also spoke to Ja’Naiya’s mother whose "heart was hurting.”

"I was so speechless I couldn't saying anything," he told the outlet. "I felt for her pain. I felt the pain, too. I felt like any way I could possibly help out, I was going to do that. It hit my heart."

Ja’Naiya’s family confirmed the news at a vigil Wednesday.

Anderson Police were called to a residence in the 1200 block of West End Avenue at around 1:30 a.m. Sunday after receiving reports of several shooting victims. Once on the scene, they discovered three victims wounded inside the home, including another 11-year-old girl, an 18-year-old woman and Ja’Naiya.

All three were transported to AnMed Health Medical Center where Ja’Naiya was pronounced dead on arrival. The youngest victim was still listed in critical condition as of Monday.

FILE - In this April 29, 2016 file photo, Buffalo Bills first round NFL football draft pick Shaq Lawson speaks at a media conference at the team facilities in Orchard Park, N.Y. Lawson says he will pay for the funeral of an 11-year-old South Carolina girl who died after someone fired more than 35 shots at her home. (AP Photo/Bill Wippert, File)

“Along with the community, we continue to hold all of the victims and their families in our prayers,” Anderson Police Department said in a statement.

The case is being investigated by the Anderson Police Homicide Unit while the Narcotics Officers and Street Crimes Units canvas the area for witnesses.

Police have not said what caused Sunday morning’s shooting, and no suspects have been named.

Lawson grew up in South Carolina and played football at Clemson University before being drafted by the Bills in the first round of the 2016 NFL draft.