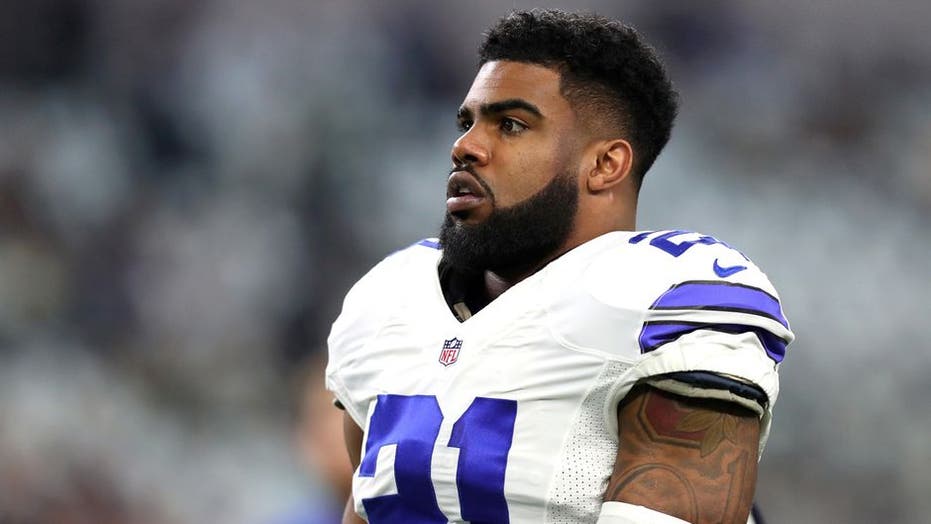 Dallas Cowboys running back Ezekiel Elliott will pay for the funeral of a 14-year-old football player who died over the weekend after being struck by a stray bullet at a party near St. Louis, the team confirmed Wednesday.

Elliott, himself a St. Louis native, declined to comment to reporters at the team’s annual golf tournament. But Cowboys Executive Vice President Stephen Jones said it “doesn't surprise” him that the All-Pro running back reached out to the family of Jaylon McKenzie and offered to pay for the funeral.

“I just think it goes to show you what kind of person Zeke is off the field. He’s a caring person,” Jones said, according to the team’s website.

Jaylon McKenzie, a 14-year-old football player, has died after he was shot at a party, police said. (Photo from family member)

Head coach Jason Garrett joined in, adding that Elliott is looked up to by many as he heads into his fourth season with the team.

“If you’re a fan of football, you know Zeke Elliott. And anybody who’s been around him on a daily basis knows what kind of person he is. So it doesn’t surprise me one bit.”

McKenzie, who had been featured in Sports Illustrated because of his promising future in football, was killed Saturday when a stray bullet struck him after a fight broke out at a party, his mother, Sukeena Gunner, told The St. Louis Post-Dispatch.

Illinois State Police responded to reports of a disturbance and shots fired around 11:40 p.m. Once on the scene, police identified two victims, one of whom was McKenzie, and transported them to an area hospital.

McKenzie died a short time after; the second victim, a 15-year-old girl, remained in critical condition at the time of publication.

Police have not released any information surrounding the investigation, but say the case is being treated as a homicide.